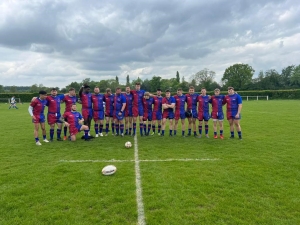 Having formed just this year as the only Rugby League club in Norfolk and Suffolk, things are looking very good for Anglian Vipers Rugby League.

Based at Wymondham Rugby Club, who kindly agreed to host the Vipers, the club has played 5 matches so far. The results have been very much as expected as the team get used to a new code of rugby and train for a sport that requires a higher level of fitness than rugby union. At the moment the club sits at the top of the East Rugby League Premier Division which is a fantastic achievement for a new club.

As a result of negotiations the league structure has been altered and extended giving the club an opportunity for more matches before playoff finals that should take place in August. All being well Anglian Vipers will appear as a strong contender and any matches held at Wymondham would be worth a watch. 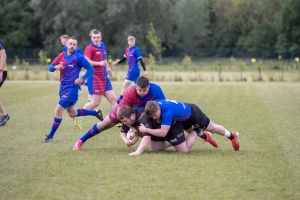 Anglain Vipers, one of the newest Rugby League clubs in the UK, secured their first win of their short history with a great victory in the East RL Cup against well established side form North Hertfordshire Knights.

The first half was a similar story to the previous two games played; giving possession away cheaply and conceding early tries. However, the Vipers are learning fast and in the second half they protected the ball, completed structured sets of 6 tackles and scored great tries with fast attacking rugby.
The final score 48-38 reflected a game played in great spirit and refereed sensibly and fairly by the North Herts Coach due to a late notice of the "no show" of the official nominated by the RFL.
Published in Clubs & Societies
Read more...