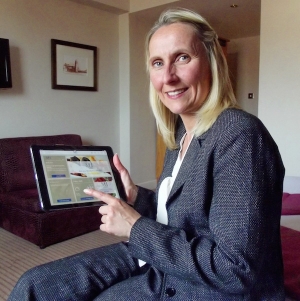 Guests at the Maids Head Hotel in Norwich now have the latest iRiS guest services paper free app in their bedrooms. The iPad based system, a first for a hotel in Norfolk, gives guests the opportunity to reserve a table in the restaurant and order their meal, order drinks at the bar, book taxis, check airport departure boards, browse the internet, get the latest information on events and culture in Norwich and days out in Norfolk and much more.
The app will also soon include the environmental control switch for bedrooms in the older part of the hotel, when the new heat pump based heating and cooling system is commissioned.
Published in News from Local Businesses
Read more...
Monday, 18 May 2015 00:00 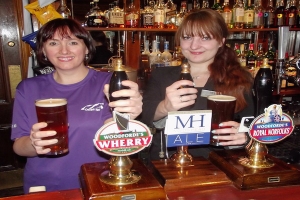 The Maids Head Hotel in Tombland is supporting the Cavell Nurses’ Trust’s #HereforNurses fundraising campaign during the Norwich City of Ale festival.

The hotel will donate 10p to the Cavell Nurses’ Trust for every pint of draught Maids Head Ale and Woodforde’s Wherry served in the Maids Head Bar during the City of Ale festival, which runs from Friday, May 21 to Sunday, May 31.

Published in News from Local Businesses
Read more...
Page 5 of 5