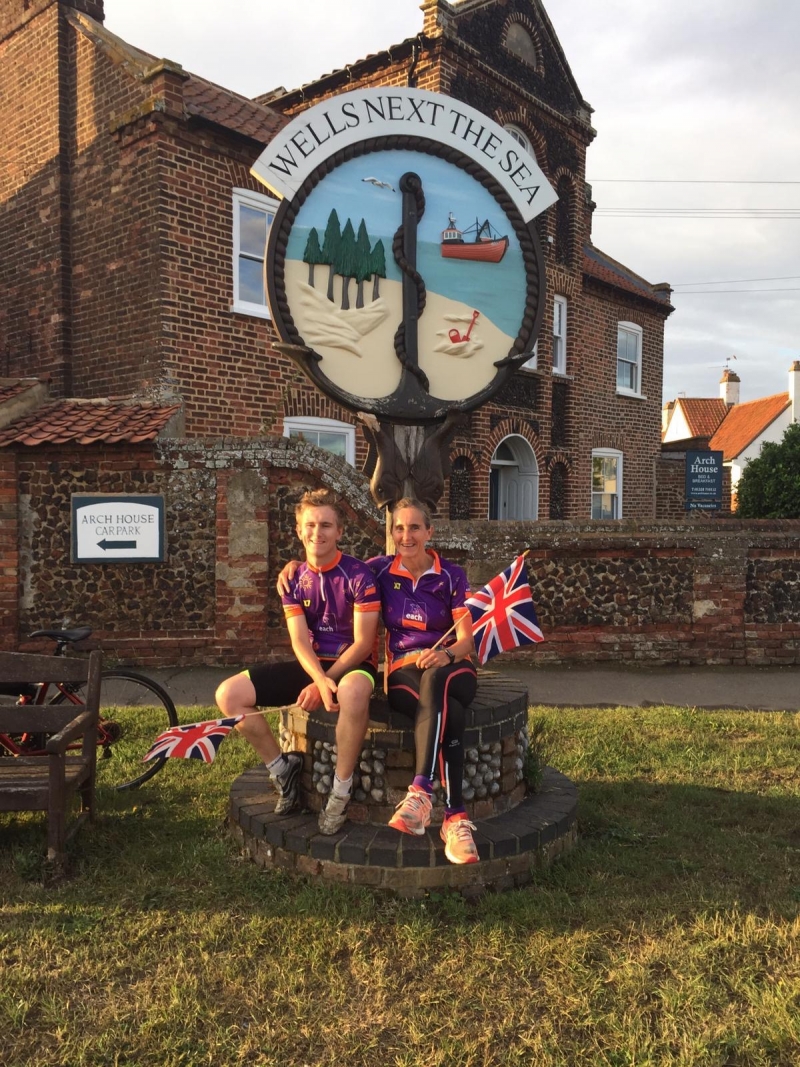 Mother and son duo Kate, a teacher at Hopton CEVC Primary School, and Toby Jones, 21, an Exeter university student, completed the mammoth challenge of cycling and running to every town across Norfolk to raise over £1,500 for East Anglia’s Children’s Hospices (EACH).

It was Toby who had the idea back in March when lockdown first hit the UK. Having returned home from university, he was studying online and had a part-time job, but still felt he wanted to take on an extra project.

On his one day off a week he would cycle to three or four towns in a day and proud mum, Kate, decided to join him. The pair decided to make a contest of it and raise money for EACH at the same time. Toby cycled to all 30 towns in Norfolk, while Kate ran the same distance each week around their home village, the pair clocking up a total of 940 miles over two and a half months.

Needing to run between 50 and 60 miles a week to keep up with Toby, Kate said: “As I was back in school teaching Year Six, who returned for the final half-term, I had to run every day after school. This ranged from three miles up to 10 miles. It was relentless and was definitely more than I realised when I merrily said I’d run the same distance! I had to run whatever the weather and for the achievement I did make sure I’d run a ‘round’ 500 miles by the end of August!”

As he cycled, Toby filmed his journey, documenting the history of landmarks along the way, and uploaded them to his YouTube channel here.

They decided to raise money for EACH as they are based close to Quidenham, where EACH had a hospice until last November, when it moved to a purpose-built facility, The Nook, in Framingham Earl. The family has a history of supporting the charity, too, having taken part in various sponsored cycle rides and with Toby’s nan having been a volunteer at EACH’s Wymondham shop for many years.

With the pandemic causing EACH’s shops to be closed for a significant part of the year and many fundraising events to be cancelled, the charity has never been in more need of support. EACH recently forecasted a loss of £1.7m in funding over the next 12 months, almost a third of the total it needs to support families across the region and before taking into consideration the additional loss of £100,000 a week in retail income during this second lockdown.

It says the best Christmas gift supporters could give would be a cash donation and, excitingly, people can see their donation doubled by giving through the Big Give’s Christmas Challenge.

This is the UK’s biggest online match funding campaign taking place from Giving Tuesday, on 1 December, to 8 December. There are £16,000 of match funds available to EACH from both key supporters of the charity and partners of the Big Give. All you have to do is visit the Big Give during the first week of December and make your donation.

For alternative ways to donate to EACH, including before or after the first week of December, visit www.each.org.uk/christmas-2020 or call 01223 800800. 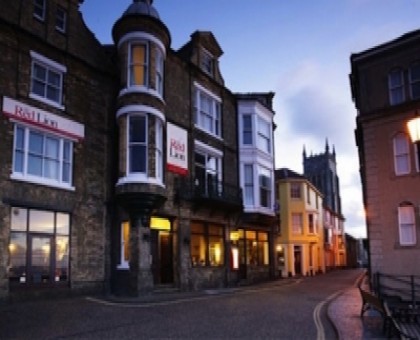 More in this category: « Random Acts of Kindness for Ambulances Air Ambulance helps one year old Charlie »
back to top