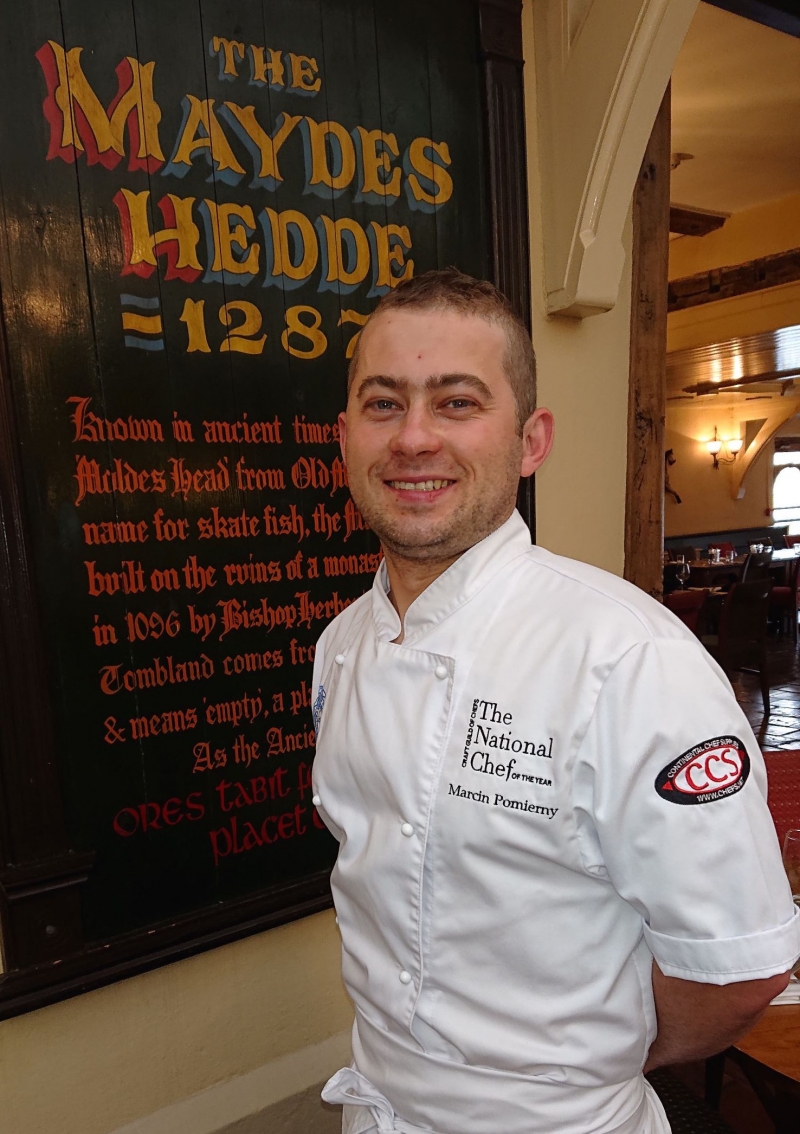 Marcin ‘Magic’ Pomierny (age 35), Head Chef at the Maids Head Hotel in Tombland, Norwich and Chef of the Year in the EDP Norfolk Food and Drink Awards 2016, is one of the top 10 chefs in the country, following his appearance in this year's final of the Craft Guild of Chefs National Chef of the Year competition.

Ten chefs competed in the final cook off at Le Cordon Bleu cookery school in London on Monday, September 7, and the winner, Nick Smith, Head Chef at Vacherin, London was revealed on Wednesday, September 30 during Hospitality Week.

“Commenting on the competition Magic said: “It was amazing to be in the final top 10 in the UK. The judging panel was great, featuring some of the best chefs in the country – the Chairman of Judges was Paul Ainsworth. I enjoyed the final a lot and was 100% happy with my dishes.”

"The competition is a big commitment. It begins in February and finishes in September, with a lot of thinking time, preparation and practicing. Combining it with being Head Chef at the Maids Head, along with two young children at home, is quite a juggling exercise. But I was very happy to be involved and will definitely think about entering again."

Christine Malcolm, General Manager, Maids Head Hotel said: “Congratulations Magic, we are so proud of what you have achieved this year. To be in the top 10 chefs in the UK is a fantastic result.”

In the final, Magic cooked the menu, which followed a brief from the judges, that he submitted to reach the semi-final. The menu featured tapas style starters with Gilt head bream as the key ingredient, a locally sourced lamb main course, and strawberries and cream for dessert. Magic's Norfolk Lamb Saddle was sourced from Green Farm Lamb, Little Barningham. His dessert was texture of Norfolk strawberry with elderflower parfait, pistachio and English sparkling wine.

Marcin ‘Magic’ Pomierny comes from near Krakow in Poland. He trained as a chef in Poland and studied catering for diabetics as an additional subject. Magic moved to Norwich in June 2005; his brother and sister were already in the city.

He spoke little English at the time and his family helped secure him a job as a kitchen porter at Tatlers, where he did washing up and food preparation for one year. Then Magic worked for Pulse and The Library for 18 months, followed by McIntoshes Kitchen for another 18 months.

His next job in 2009 was Sous Chef at Rare Steak House and he moved on to The Mad Moose where he was Sous Chef for two years and Head Chef for one year. Magic arrived at the Maids Head Hotel as Sous Chef in May 2013 and was promoted to Head Chef in September 2013.

For more information about the National Chef of the Year competition see www.nationalchefoftheyear.co.uk 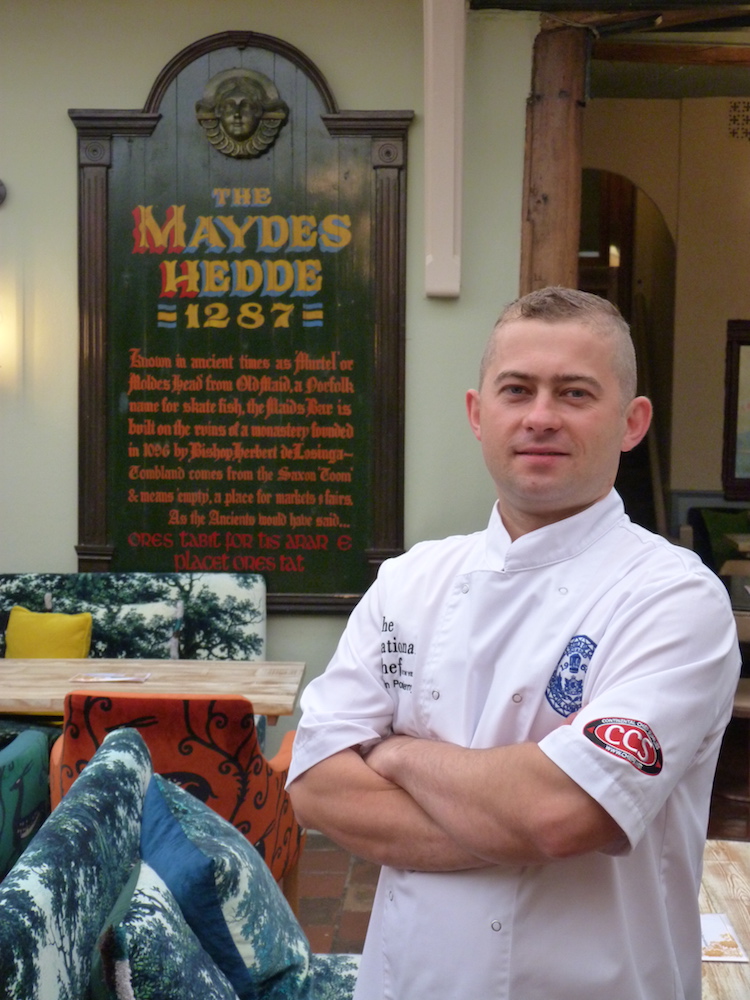 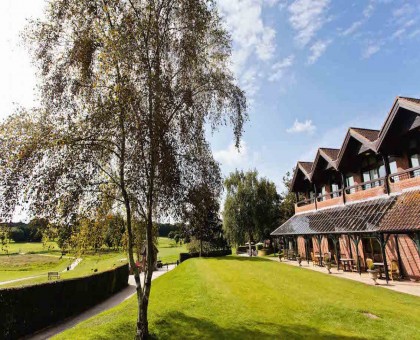 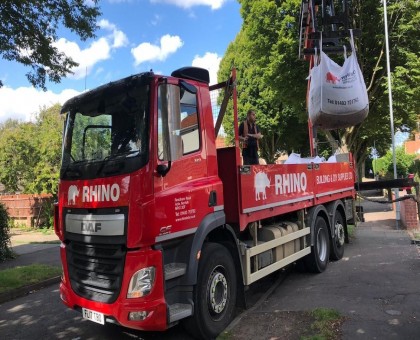 More in this category: « Maids Head Hotel Head Chef Semi-Finalist in National Chef of the Year for Third Year Running Owners of One of North Norfolk’s Best Cafés Retire »
back to top