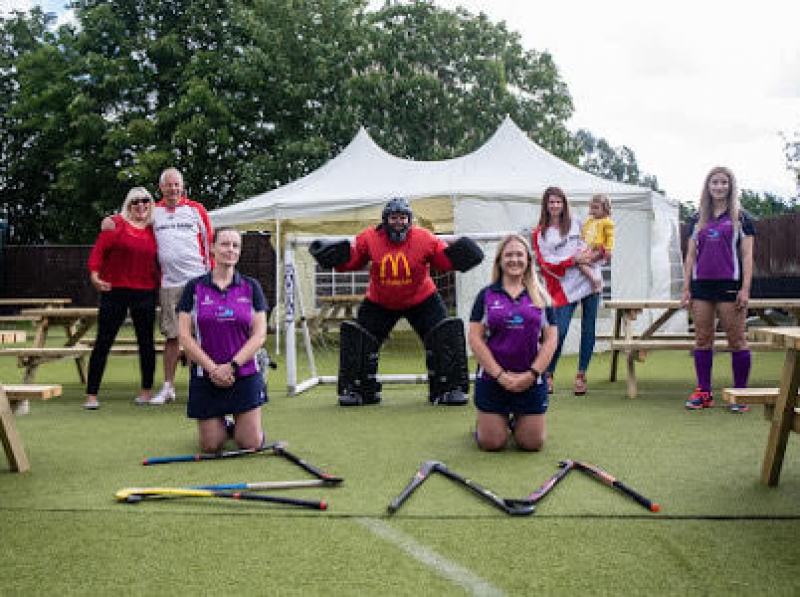 Phil Taylor the landlord of The Kings Head in Loddon has planned a novel re-opening of his popular pub for next weekend by installing a Hockey pitch, complete with nets, and sticks on what would normally be the pub’s car park.

Phil, who sponsors both of Loddon’s first and second eleven Hockey teams bought a complete artificial hockey pitch from e bay, and has laid it on what is normally the pub’s car park ready for the grand re-opening on Saturday 4thJuly.

He has installed a Hockey goal at one end of the pitch as well and will be installing sticks around the pitch as a reminder to make sure that people keep the required social distance apart.

Hockey fan Phil, who has been at the pub for 16 years, bought the pitch from a team in Huntingdon in Cambridgeshire, and had the idea to cover the car park with it as both a new area for people to enjoy an outdoor drink while at the same time being able to adhere to the rules of social distancing.

There will also be an outdoor marquee available for people to drink in.

Phil pitched the Hockey themed idea to his customers who liked it which pleased him as it has been a long term goal, and if it works, he may well stick with the idea.

Photograph above- Philip Taylor with his partner Lynda, daughter Tanya and his grand-daughter with members of the Loddon ladies hockey team who Philip sponsors. More in this category: « Historic Maids Head Hotel, Norwich to re-open from lockdown on Saturday, July 4 Maids Head Hotel Head Chef Semi-Finalist in National Chef of the Year for Third Year Running »
back to top