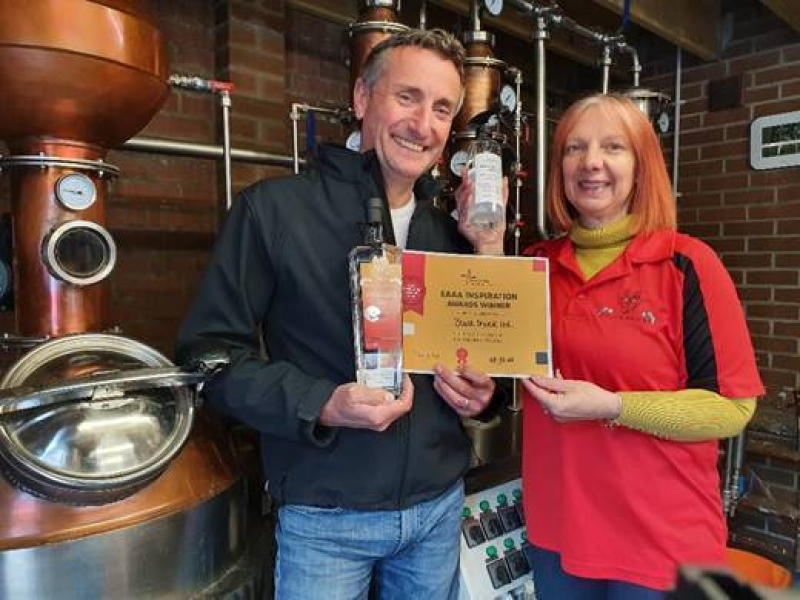 The small team at Black Shuck Gin, based in Fakenham, continue to amaze EAAA with their generosity and kindness.

As well as supporting the charity with a limited edition gin this year and other various fundraising activities, they have spent their time during the lockdown tirelessly working with government authorities to produce a very much needed Alcohol Based Hand Sanitiser.

This has been donated to regional air ambulances, care homes, schools and key workers to help save lives during the pandemic. Black Shuck Gin have made a huge impact on EAAA and on the wider community.

Patrick and Sarah Saunders of Black Shuck Gin said: "We were thrilled, honoured and proud to hear that we had won the Most Inspirational Business Category in the East Anglian Air Ambulance Inspiration Awards. All of the nominees were outstanding and we thoroughly enjoyed reading all of their stories."

Phillipa Levy, Special Events Fundraiser at EAAA, said: “All of our supporters are a constant reminder of the fantastic community that we serve and are a true inspiration to us, as without them, our service couldn't continue. The EAAA Inspiration Awards allow us to give something back to that community and share their incredibly heart-warming stories. Black Shuck Gin have supported us in numerous ways over the years and are very worthy winners of this award, which was decided by a public vote.”

Nominations are put forward by EAAA staff and recognise those who have inspired the EAAA team in different ways, with nine different award categories (Inspirational Business, Donor, Events Fundraiser, Fundraising Team, Group or Club, Patient or Patient’s family, Crew Member, Lifesaver, Volunteer and the Special CEO Award). Four of the award winners were decided by a public vote, including this award for Inspirational Business.

For more information, go to www.eaaa.org.uk 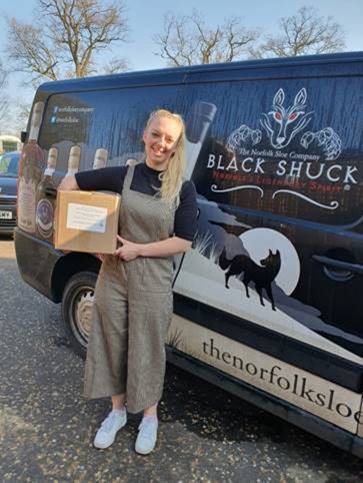 Brick and Bower
Here at Brick and Bower we have been providing our clients with a high quality, tailored service for over 20 years. Our wide range of knowledge enables us to complete projects in the Carpentry, landscaping, building renovation and restoration ...
Explore Spruced Up Stuff
Why Spruce Up? The environmental benefits of upcycling are mammoth, aside from minimising the volume of discarded materials and waste being sent to landfill each year, it also reduces the need for production using new or raw materials which means a ...
Explore

Tim Mason Guitar Tuition
Located in the North Norfolk village of Roughton, I offer bespoke Guitar Tuition to players of all ages and abilities, whether you're an absolute beginner, an intermediate player who just lacks direction, or an advanced guitarist looking to improve ...
Explore

Norfolk Woodburners
Norfolk Woodburners provide a bespoke service to its customers, before any purchase of a stove or woodburner is made, an in-home visit is conducted to discuss the customer’s individual requirements and to check the suitability of each property for ...
Explore

More in this category: « Lisa Redford - From Afar Historic Maids Head Hotel, Norwich to re-open from lockdown on Saturday, July 4 »
back to top