Two-year-old Harper becomes her heroes for EACH 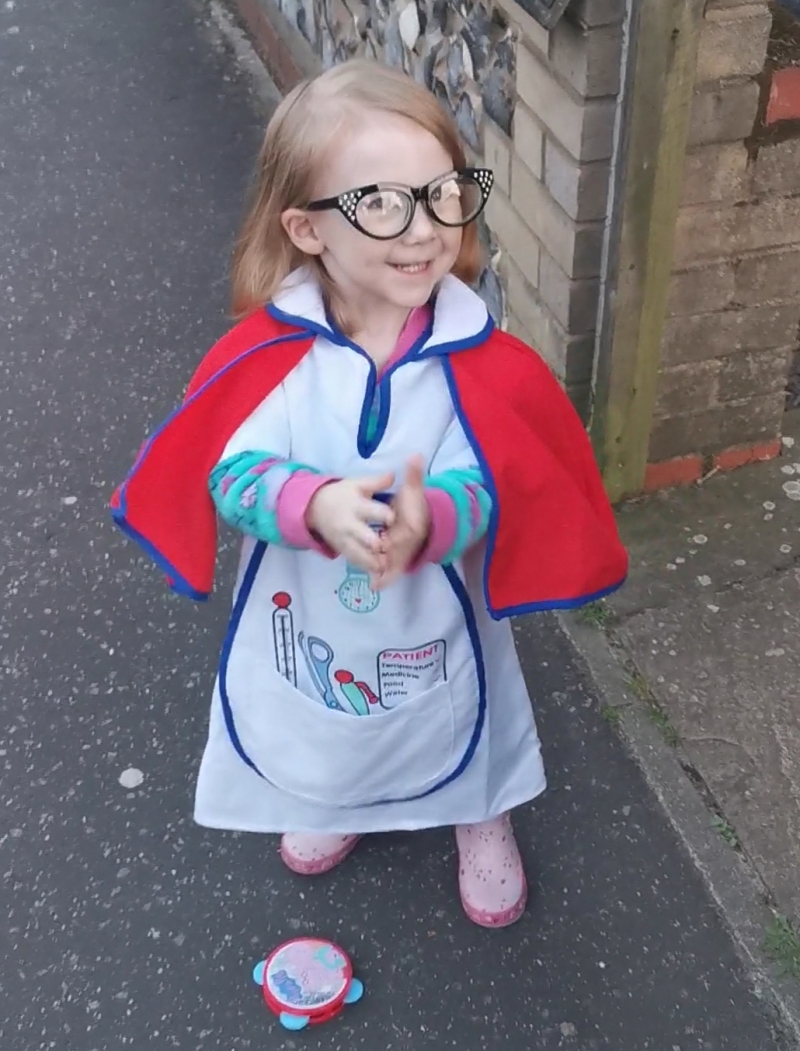 Harper Knight, aged two, from Thetford, Norfolk has been dressing up each Clap for Carers Thursday at 8pm as one of the nation’s key workers for East Anglia’s Children’s Hospices (EACH).

Mum, Anna Knight, 34, Owner and Operator of Little City Norfolk, had been in the process of launching the mobile role play franchise for children before lockdown.

Anna was still receiving new deliveries regularly full of costumes and props for children during the first few weeks of lockdown, which greatly excited Harper in a time where she was exceptionally upset to not see her grandparents or playmates.

One Thursday evening Harper decided to wear a police officer outfit during the time of Clap for Carers applause. Anna took photos of her and posted them to her social media accounts.

The local community then started to get involved, with some commenting that it made their week and they were looking forward to seeing what Harper would wear next.

After the overwhelming positive response and continued engagement Harper’s outfits attracted, Anna decided to do something beneficial with the attention and set up a fundraiser on JustGiving for EACH here.

Harper’s outfits have since included a firefighter, a nurse, Captain Tom Moore, a post officer and a supermarket worker. 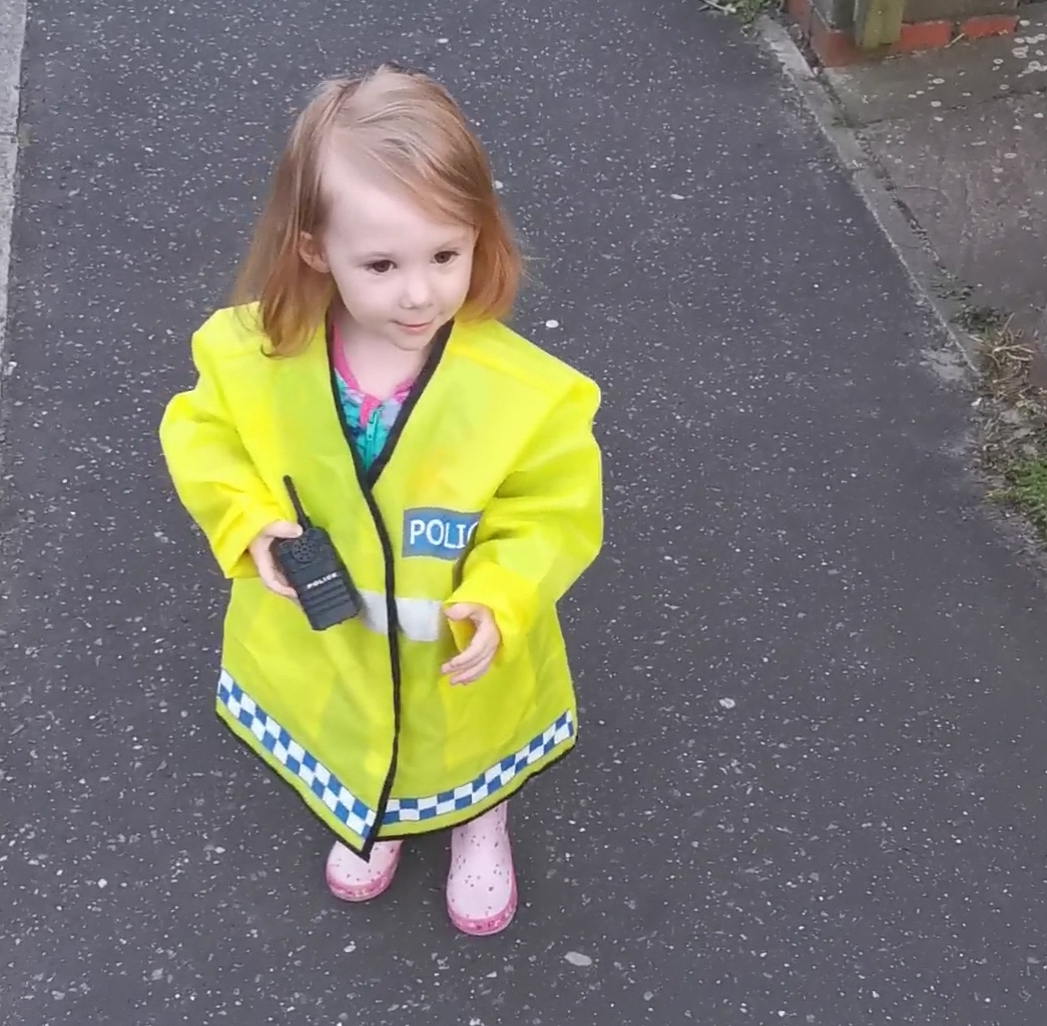 As the family live around the corner from police and fire stations, Anna explained Harper has become much more interested in the emergency services, experiencing some socially distanced but personal interactions with the services when she has clapped directly to them outside their stations. Her interest has also been spurred by video calls with her aunt, Laura Foster, a Surgical Assistant in the ophthalmology department at QueenElizabeth Hospital in King’s Lynn. 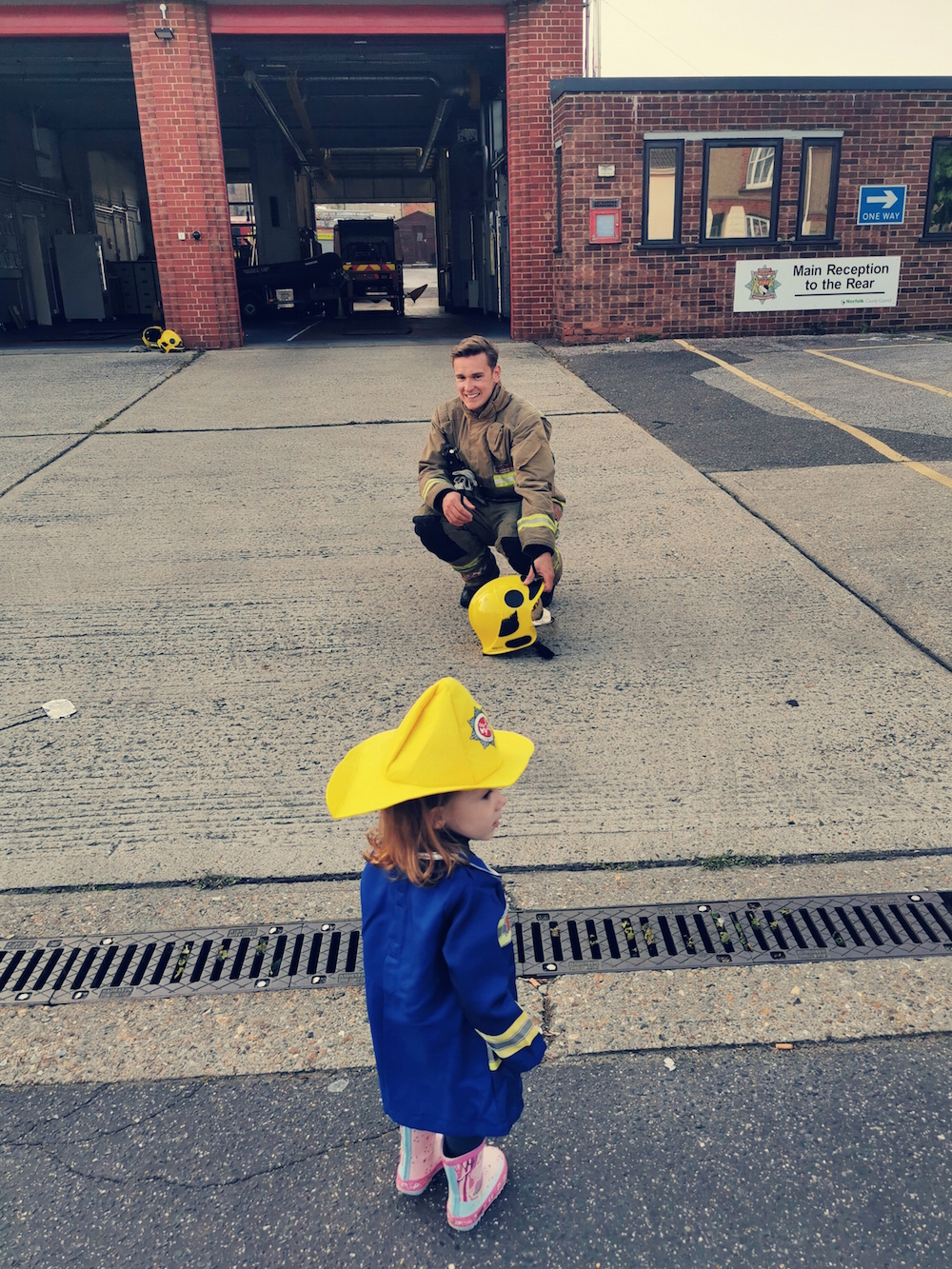 With her splendid outfits cheering up the local community, Harper has so far raised over £900 out of the family’s aim of £1,000 for EACH.

Anna decided to choose EACH to fundraise for as her husband and Harper’s father, Daniel Knight, 28, a worker for children’s services in Norfolk, had experience with the charity from their former employer, Ashtons Legal.

Anna said: “It was important to us to choose a local charity that had been adversely affected by COVID-19. We tried to put ourselves in Harper's shoes and felt, if she could pick, she would want to help other children in the community.”

Going forward, Anna says her family will consider taking part in EACH’s other campaigns, such as Dress Up Friday, as her son Leo Knight, eight months old, is always in bed for Harper’s 8pm clap. 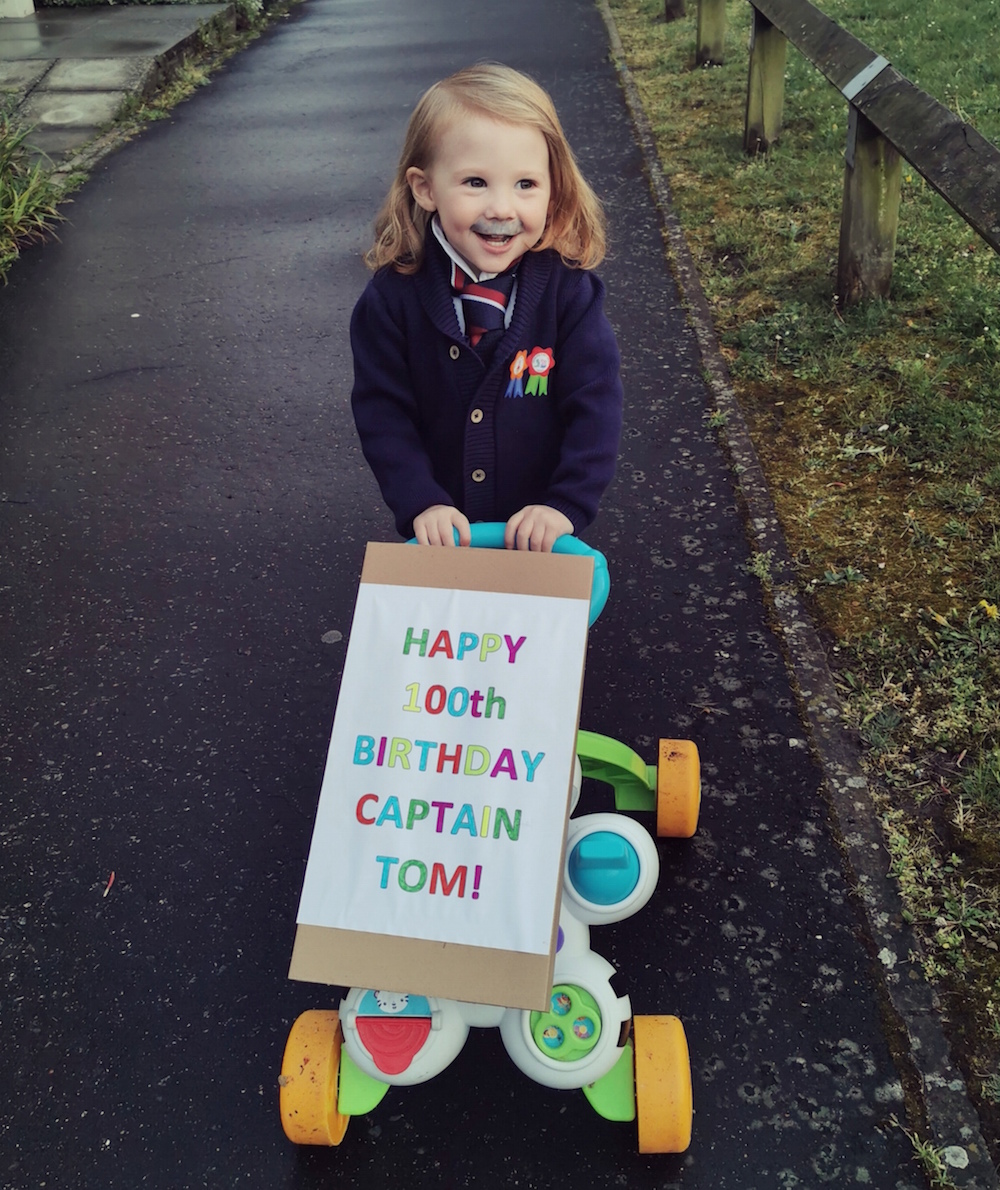 “It would be a great way to include Leo and as we're unsure how long the Clap for Carers will continue it would be lovely to be able to continue to support EACH by way of one of the many fabulous ongoing initiatives.”

Jo White, EACH Suffolk Community Fundraiser, said: “We’re extremely grateful for the amazing fundraisers people like the Knight family have set up to continue to support our vital care services. It’s great to see some really creative fundraising ideas come out of this challenging time during lockdown.”

To donate to Harper’s page go to www.justgiving.com/anna-foster9. 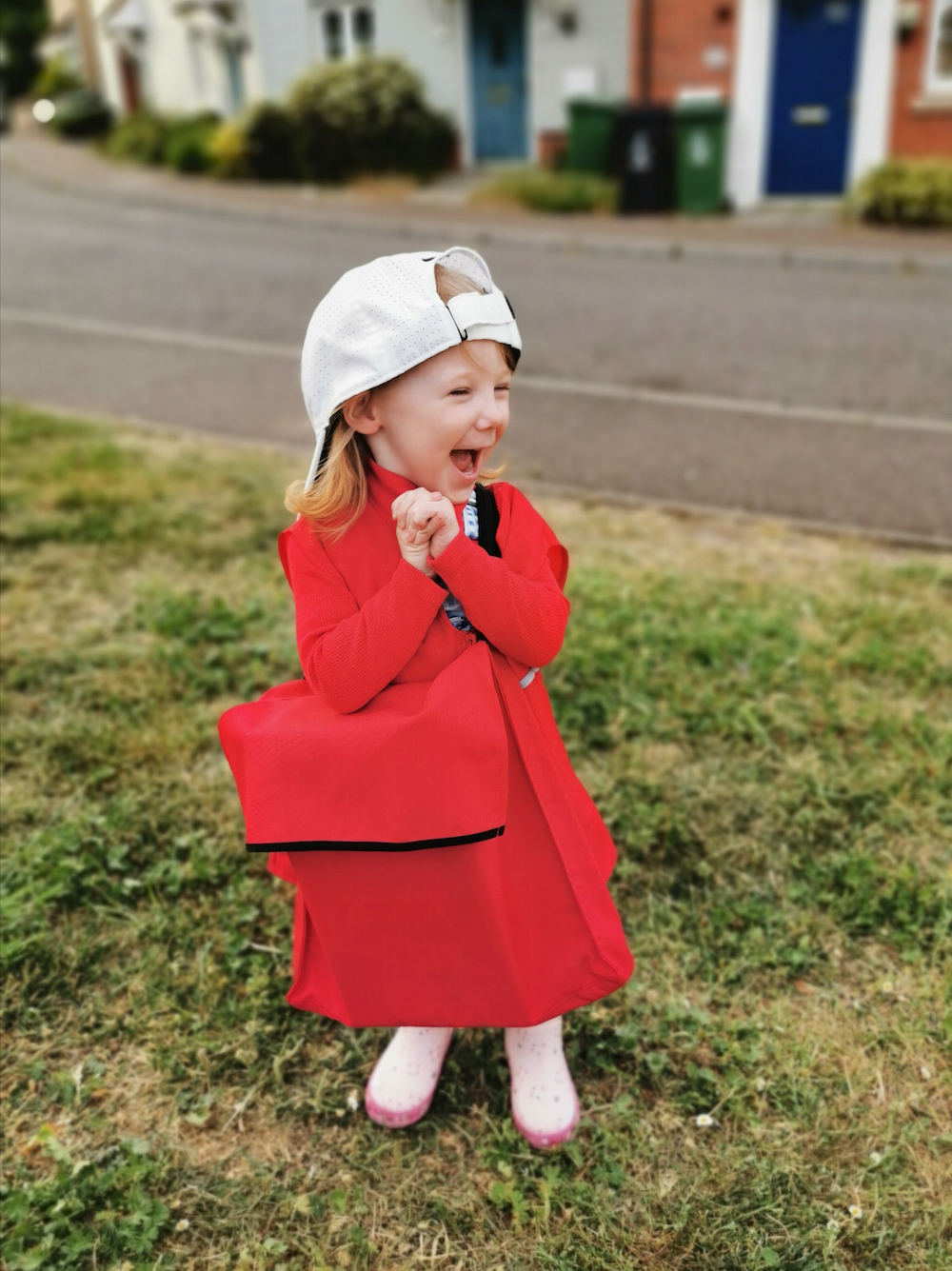 Like many charities, EACH has had to adapt to significant financial difficulties caused by the COVID-19 crisis. The charity’s fundraising team have been coming up with new at-home fundraising ideas, such as Dress Up Friday, virtual quizzes, haircuts, garden marathons and various others you can find here. 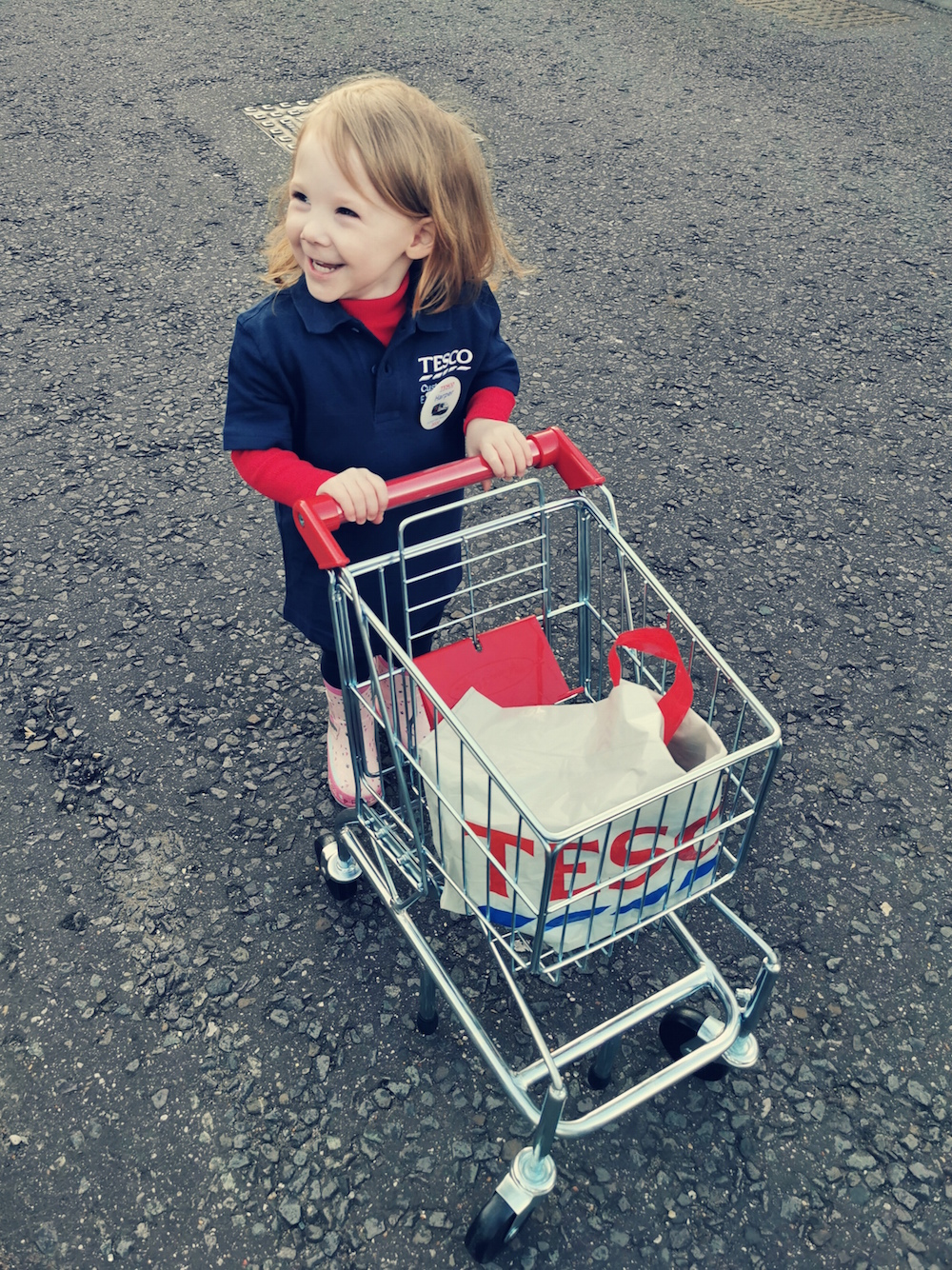 More in this category: « Seven-year-old Jess’s marathon May for EACH ‘I want to help again like I used to.’ »
back to top