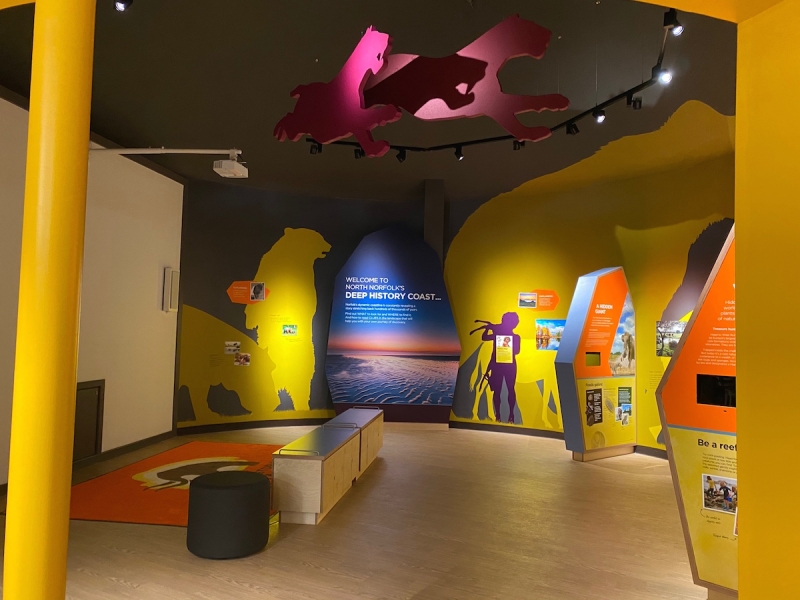 Council members, project partners, staff and business Ambassadors gathered for the celebration, which included a screening of the new DHC film and representatives on-hand to discuss the key project elements from fossil hunting to the upcoming mammoth Marathon.

In a speech to the assembly, Cllr. Virginia Gay, NNDC’s Portfolio Holder for Culture and Wellbeing said: “The centre will explain the evolution of our coastline and the wealth of evidence that puts our area among the most historically significant in the world. It will tell a story which goes back hundreds of thousands of years - a story that was mostly unknown when I first became a councillor. And the very best thing about it is that this story is still unfolding.”

The newly renovated Visitor Centre features audio-visual, interactive and tactile displays showcasing the incredible history of the area and continuing evolution of our coastline. New treasures are unearthed on our beaches every day from common fossils to finds, such as the West Runton mammoth and Happisburgh footprints, which help shape our understanding of Britain’s earliest inhabitants. 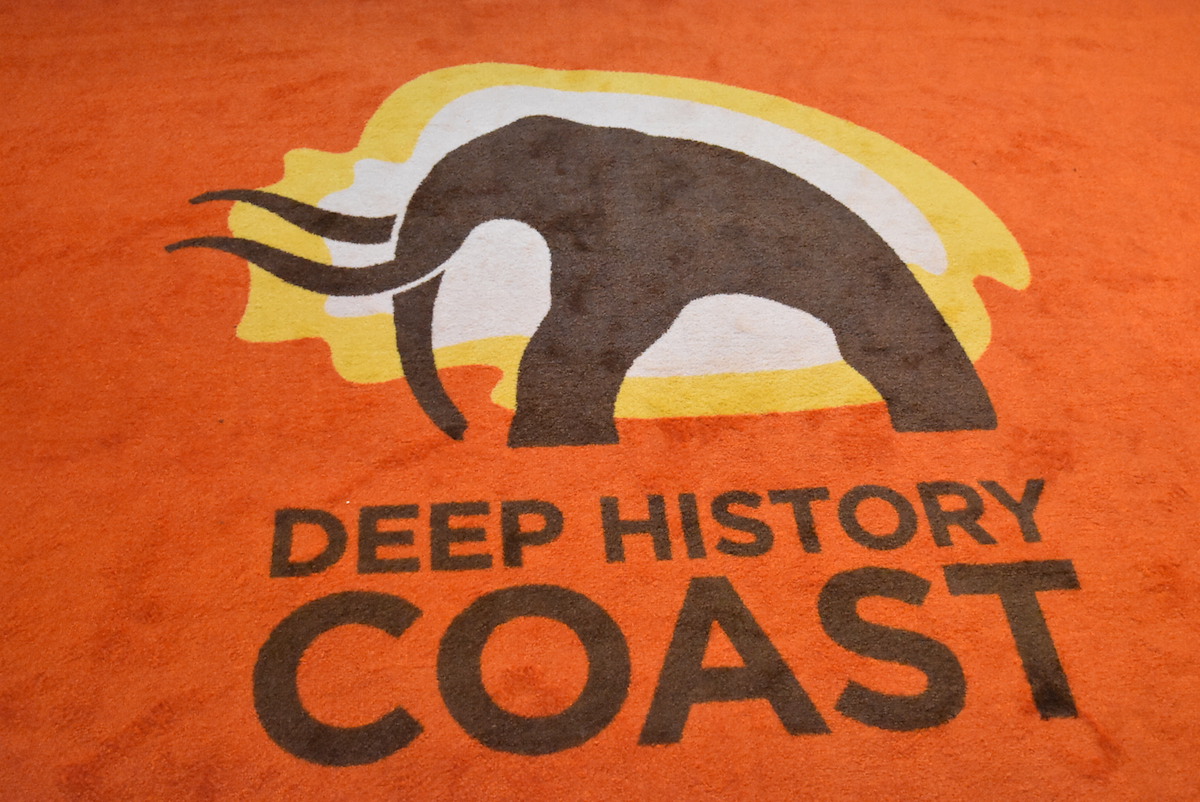 On the walls and shelves you can find DHC merchandise and displays with Augmented Reality scenes bringing the past to life through the mobile app. The app is free to download and explorers can use it to continue their journey with a trail map, fossil finder and collector journal as well as useful updates on tide times and weather and locations of local cafe's, shop, pubs and accommodation providers connected with the project. Users of the app can bring a Mammoth and a Hominin family to life in the palm of their hands, or take a mammoth selfie with a number of other pre-historic animals.

The Visitor Centre welcomes all explorers, and encourages them to discover North Norfolk’s rich geological and archaeological past. There is also information on our local businesses and attractions, many of whom are signed up as Ambassadors to the project. The toilet facilities have also seen a complete redevelopment, including the installation of a Changing Places accessible toilet facility. 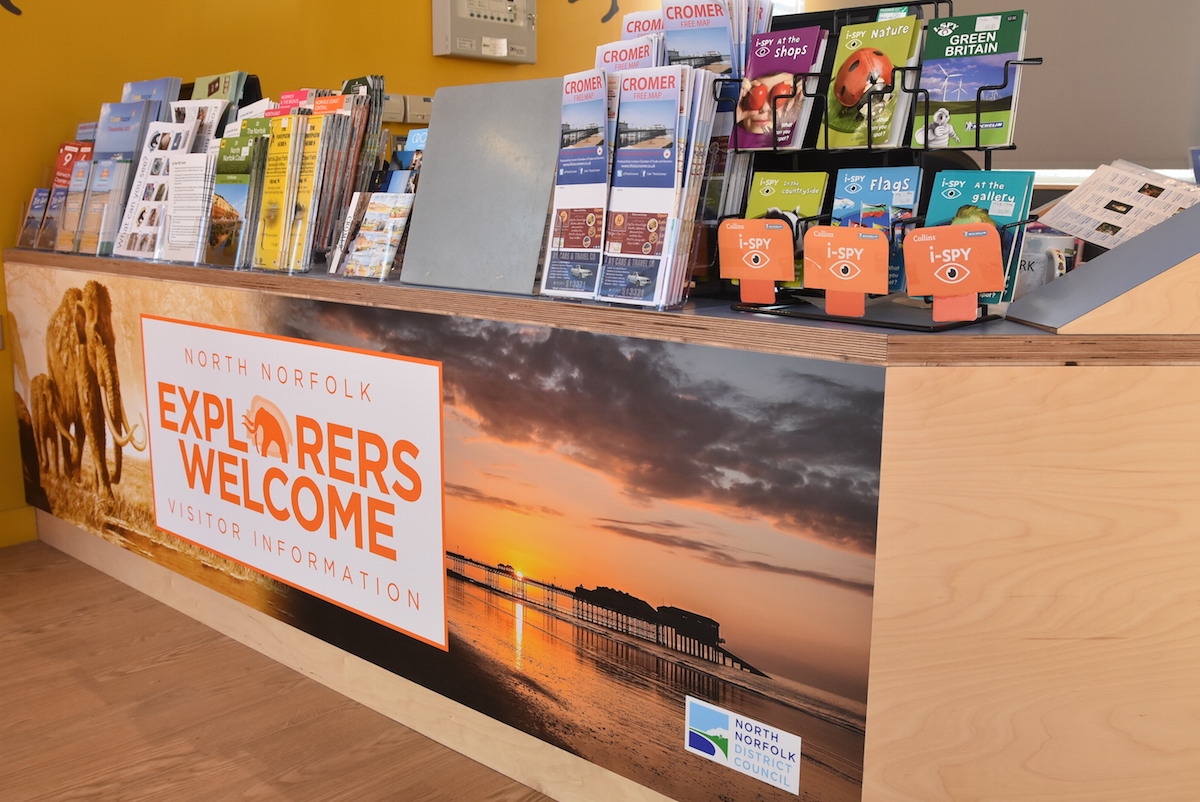 The Visitor Centre is the perfect point from which to learn more about the “Discovery Trail,” a series of 11 interactive sites stretching along the 22 miles of coastline between Weybourne and Cart Gap. These installations reveal even more fascinating content when used in conjunction with the Deep History Coast app. 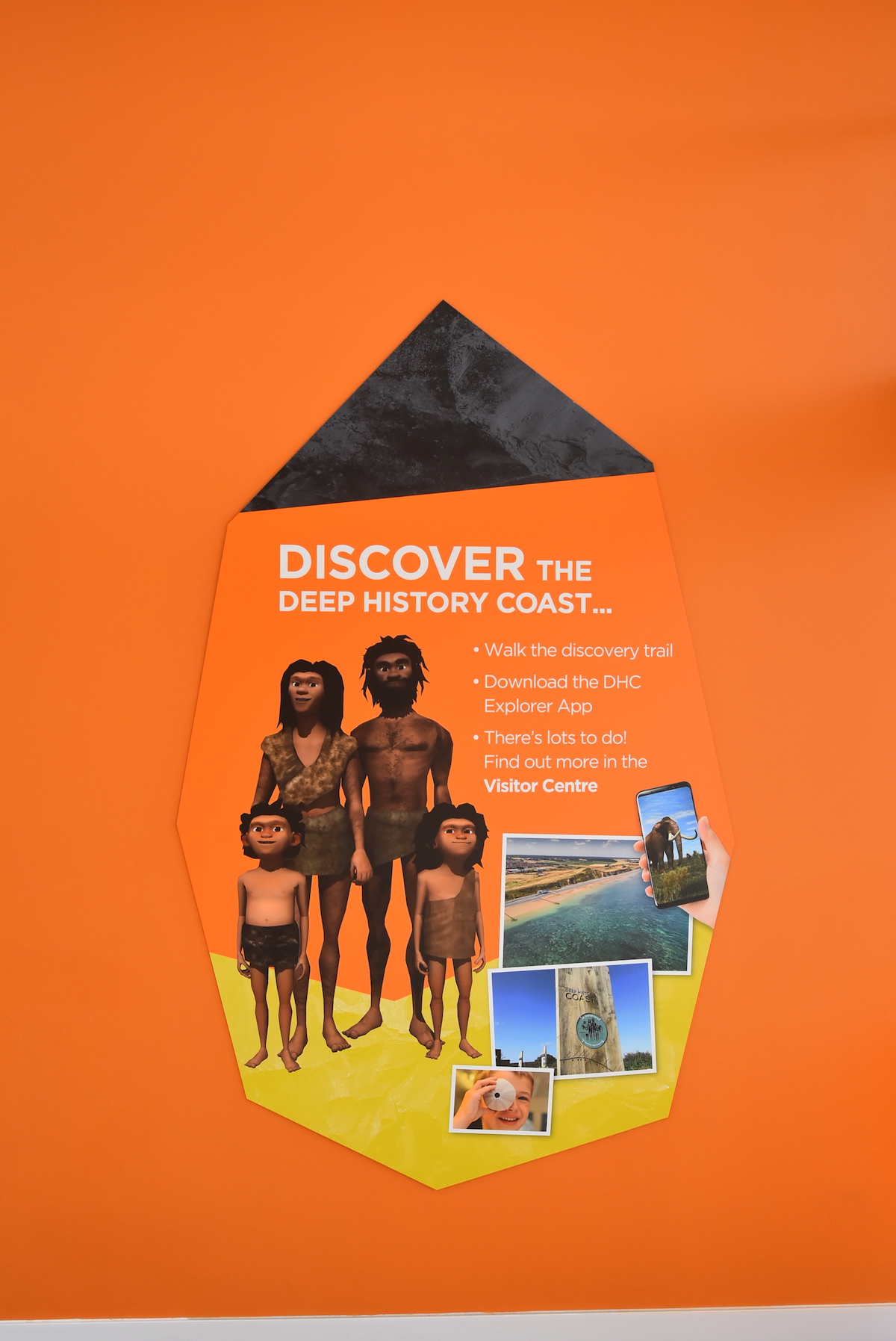