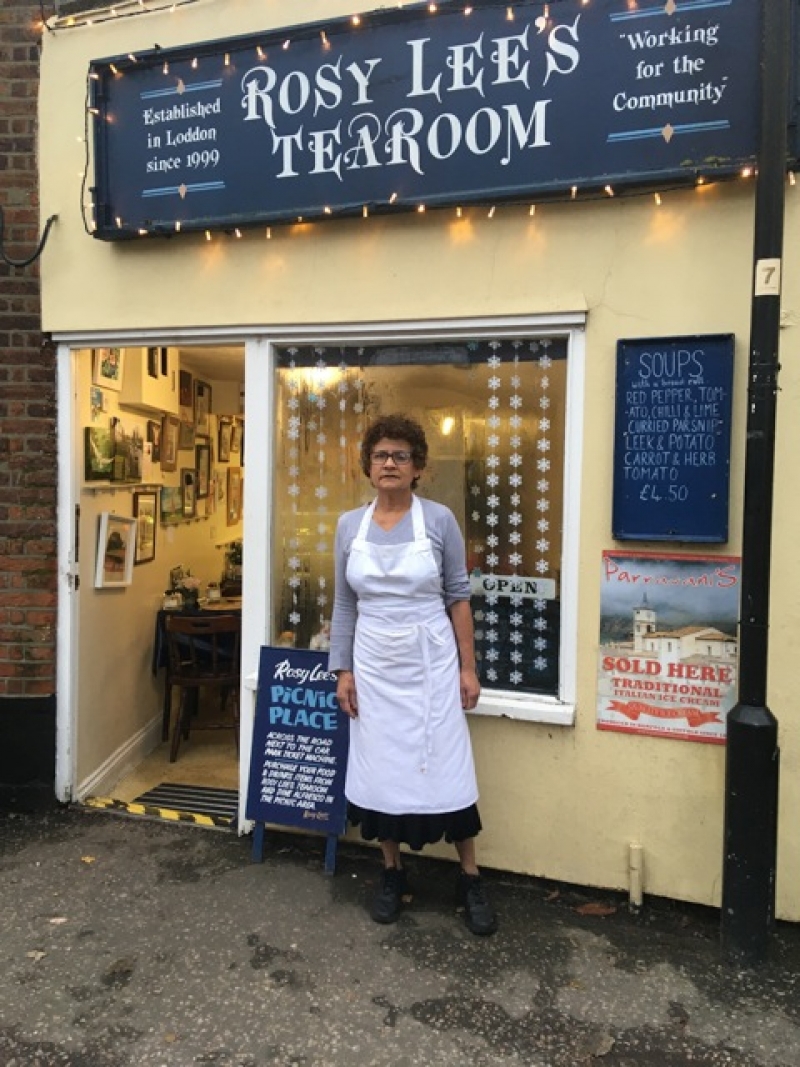 A multi award winning former Business community champion of the year, and pillar of her local community is about to celebrate the 20th anniversary of her incredibly popular tearooms.

Caroline Dwen opened Rosy Lees Tearooms in early December 1999 little realizing that 20 years later she would not only still be there but that she would have a long list of awards and nominations to her name, including being named the 7th best café in the UK by the Times in November 2011.

From a business perspective she has also won the Best Broadland café three times in 2009, 2010 and 2014, The Business community champion of the year at the South Norfolk Community awards in 2017 and 2018, and was a finalist in the Best Food and drink Tourism attraction categories at the EDP Tourism awards in 2012 and 2013.

However it is not just a plethora of awards and nominations that has propelled this ever smiling very friendly and popular businesswoman into the spotlight as she regularly gives up whatever free time she has outside of the tea rooms to promote and organize good causes and community activities.

A founder member of the Loddon Business association, of which she is the vice chairman, and supporter of Business to Business she has also been at the helm of the town’s scarecrow festival for 15 years, was instrumental in Loddon winning the Eastern region Village of the year award in 2005, organizes fundraising events at her tea rooms, promotes local events and concerts to raise funds for worthwhile local causes and charities, and is about to set up a boxing club for young people in the community with the support of South Norfolk district council and local people.

Realizing that she did not have the space to expand her popular yet bijou tea rooms Caroline converted a piece of wasteland across the road from her business into a tea garden, decked out the fencing with teapots and cups, grew yellow flowers and painted the fence green in support of her adopted and beloved Norwich city football club.

All this achieved by someone who only discovered Loddon when she pitched up on a boating holiday in the 90s, and loved the area so much that she decided to stay, set up the business and immerse herself in the local community.

20 years on Caroline can not predict what the future holds for her but she does know one thing that she wants it to involve Loddon, the tea rooms, and the community who took to her and welcomed her so warmly when she first set up the business, put up the Christmas decorations and opened her door to the public. 20 years on she can’t wait to put the trimmings up and start making the first of the mince pies, and reminisce about that first Christmas in Loddon.

More in this category: « Facsimile of Maids Head 'Birthday' Letter Unveiled at the hotel Maids Head Hotel Takes to the River Wensum »
back to top