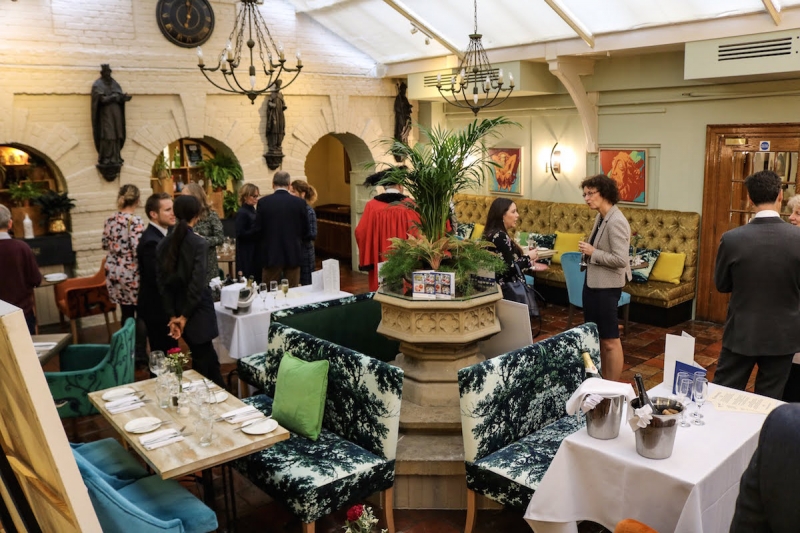 The Maids Head Hotel in Tombland, Norwich has revealed a new contemporary look for its AA 2 rosette Wine Press Restaurant, which is located in the former courtyard of the 15th century inn that first took the name Maids Head.

The Lord Mayor of Norwich, Councillor Vaughan Thomas and the Sheriff of Norwich, Dr Marian Prinsley visited the hotel on Thursday, November 14 to officially reopen the restaurant following its £60,000 makeover.

The Wine Press refurbishment is the latest project at the Maids Head, which has seen £3.5 million invested by the hotel’s owners, the Chaplin family, over the last six years across all public areas and guest bedrooms. 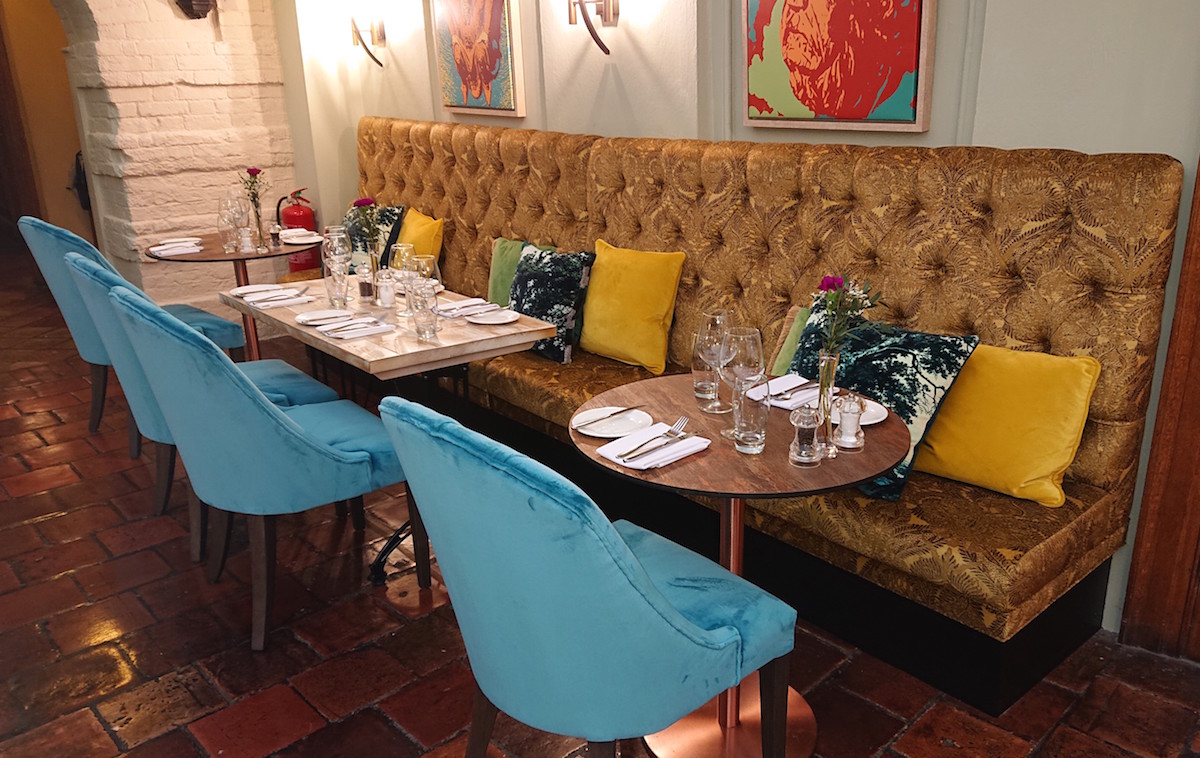 Christine Malcolm, General Manager, the Maids Head Hotel said: “We are thrilled with the restaurant’s new look created by Nicola Lovell, and hope our guests enjoy it as much as we do. I would like to thank the Lord Mayor and Sheriff for joining us to celebrate the completion of this successful project.” 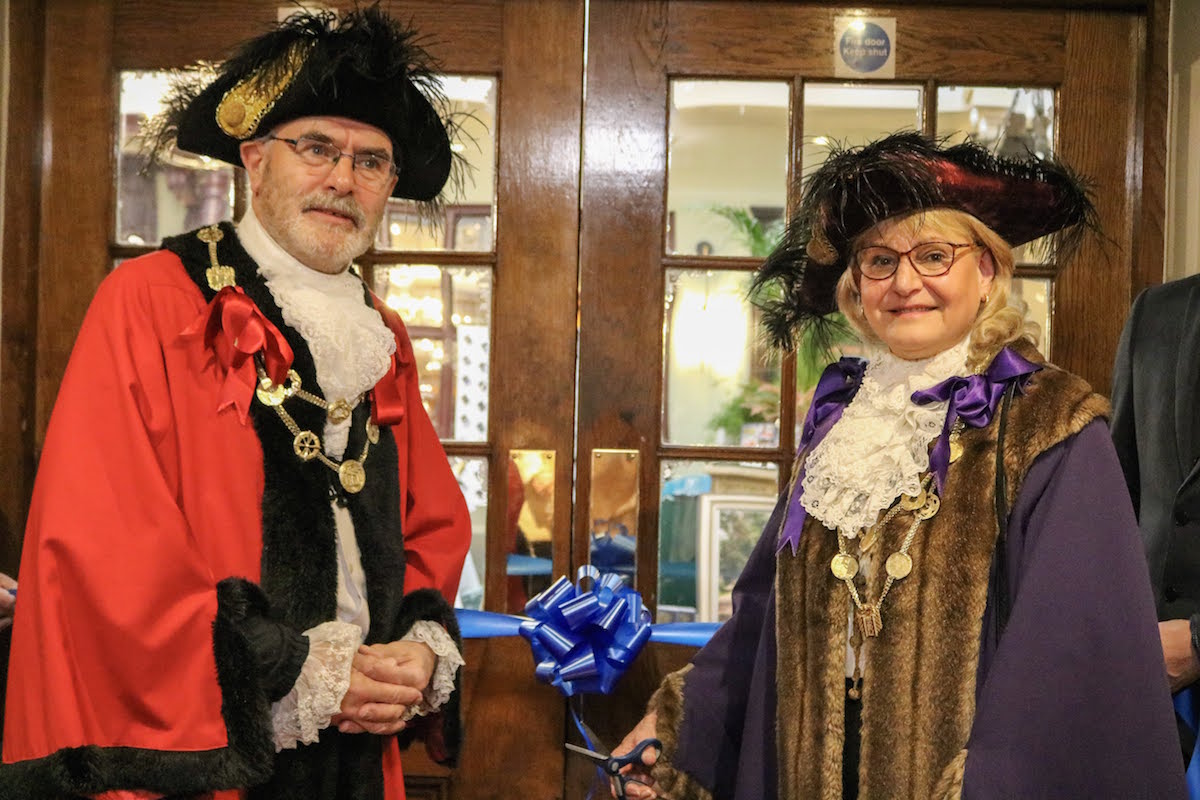 The Wine Press Restaurant’s refurbishment has been completed in time for the hotel’s very busy Christmas period. All the Maids Head team are looking forward to welcoming a record number of guests to the hotel for their festive celebrations. 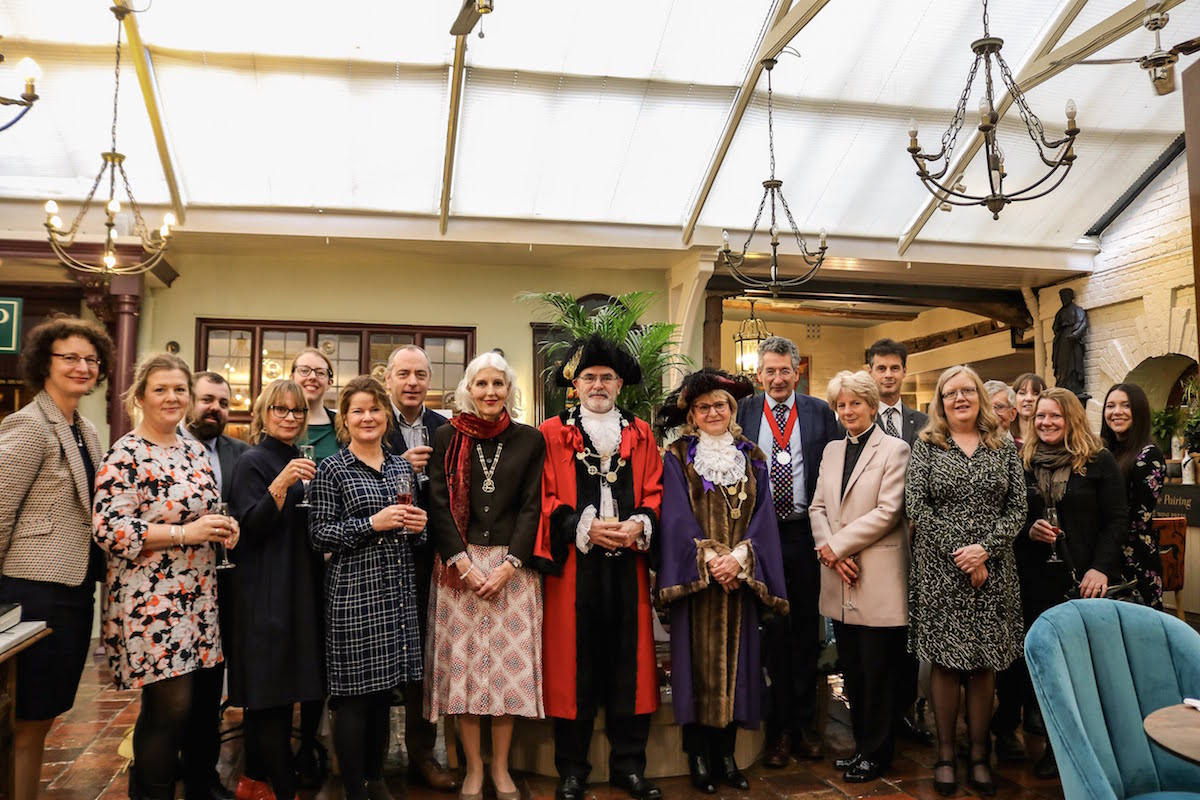 Lord Mayor of Norwich, Councillor Vaughan Thomas and the Sheriff of Norwich, Dr Marian Prinsley, with Maids Head staff and guests at the reopening of the Wine Press Restaurant. More in this category: « Latest News from The Grove Cromer Facsimile of Maids Head 'Birthday' Letter Unveiled at the hotel »
back to top