The Canaries: Onwards and upwards 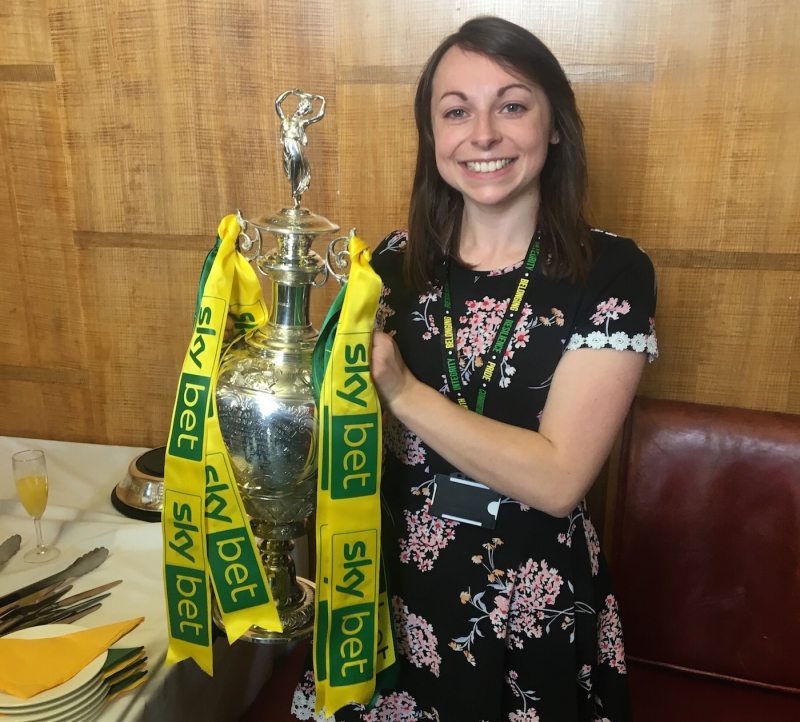 Colin Chapman has followed Norwich City for almost six decades and this is also in the blood of his granddaughter Jess and his son Simon who are also season ticket holders. Watching the Canaries’ celebrations last Monday, he looks ahead at the team and its tactics for the coming season in the Premiership.

Arsenal, Chelsea, Liverpool, Tottenham Hotspur – by results Europe’s top teams this year – will all be at Carrow Road next season. The Canaries will also face huge crowds the Emirates, Stamford Bridge, Anfield and White Hart Lane. Most, if not all, the matches will be shown on television across the world.

This is the real and just  reward for the players, owners, supporters and staff of Norwich City Football Club, celebrated in fine style on the May 6 bank holiday. Our boys will be mixing it with the best Europe currently has on offer, providing fans the kind of stylish football all four play, and that has also been the hallmark of City’s title-winning success.

We are talking of fluid football, pleasing to watch, not the bruising style of many Championship teams ,in a league hard to get out of and where the standard of refereeing leaves much to be desired.

Thanks to an excellent article in The Times, we know the building bricks of the Canaries’s success were laid at a crucial meeting in last summer, when the board and the management had to face up to mounting debt and the threat of going into administration. Immediate decisive action was agreed. As we know, this involved the lucrative sale of valuable assets like Maddison and Murphy, and parking overpaid misfits (Naismith and Oliviera come to mind) out on loan. Then came the rebuilding of the time, under the daily stewardship of head coach Daniel Farke, who bravely mixed experience with young men from Colney and unknowns from abroad.

This squad gelled into a team not seen at Carrow Road for many years. An estimated 50,000 fans, most garbed in yellow and green, swarmed in front of City Hall to watch the players come on to the balcony, in groups of two or three, to relate their experiences of an amazing year. They had partied together the previous night, and quaffed champagne for breakfast.mixing with backroom staff at City Hall, who had all been invited by joint majority shareholders Delia Smith and husband Michael Wynn-Jones. The couple received many deserved tributes from those present, including talented BBC broadcaster Chris Goreham, whose live two hour commentary was streamed on the internet.

As fans sang in unison the club song “On the Ball, City, with more than a little scrimmsge in the packed market place, they really needed no reminder that Delia and Michael rescued the club 21 years ago from the perilous position it found itself in . They not only risked their own personal fortunes; there was a huge emotional commitment.

‘I’ve supported Norwich for over 60 years”, explained Wynn-Jones proudly from the City Hall balcony, “but I can honestly say this is the best squad and the best football I’ve ever seen”.

Delia thanked the supporters for sticking by Norwich through good times and bad.When we went down to League One we sold the same amount of tickets.This is really outstanding. Everyone feels like they've gelled together as one and I think this year the supporters are in on that. We are all one.”

Then it was Farke’s turn, again to acclaim not seen before across Britain’s most famous market. Television presenter Jake Humphrey, conducting the balcony proceedings, exchanged views with Farke about his success, but then turned to the future, and the challenge of life in the Premiership.  A smiling but guarded  Farke refused to be drawn, insisting it was a time for celebration and that the future hard task would come soon enough.

He is right. Farke is known to be a friend and admirer of his fellow German Jurgen Klopp, Liverpool manager, who is widely credited with the introduction of gegenpressing into professional football. For the uninitiated this is broadly the system whereby a team, on losing possession of the ball, immedialy seeks to get it back, rather than seeking to regroup. One theory behind gegenpressing, which is also followed by Spurs, is that you can concdede goals but hope to score many more. Farke’s team has done this, along with speeding up City’s possession and passing game that has served them well, even when falling behind.

It does not look as if our head coach will be joining his players and having much of a vacation in coming weeks. He will no doubt be watching the conclusion of the Premier League season and then the Europa and Champion's League final with four teams who he will be pitting his wits against next season.  Oh, and there is the little matter of working with sporting director Stuart Webber in agreeing half a dozen reinforcements to strengthen the squad for the tougher days ahead. These will include a new deputy for goalkeeper Tim Krull and Striker Temmu Pukki,  an additional, fast winger, defensive midfielder and one or two defenders.

We should not forget the benefits to our fine city, Norwich. The Premier league has a worldwide TV audience of 47.5 million, and it provides a wonderful opportunity to attract more tourists to find out what one of Britain’s oldest cities is like, and that it has many other attractions than the football club. 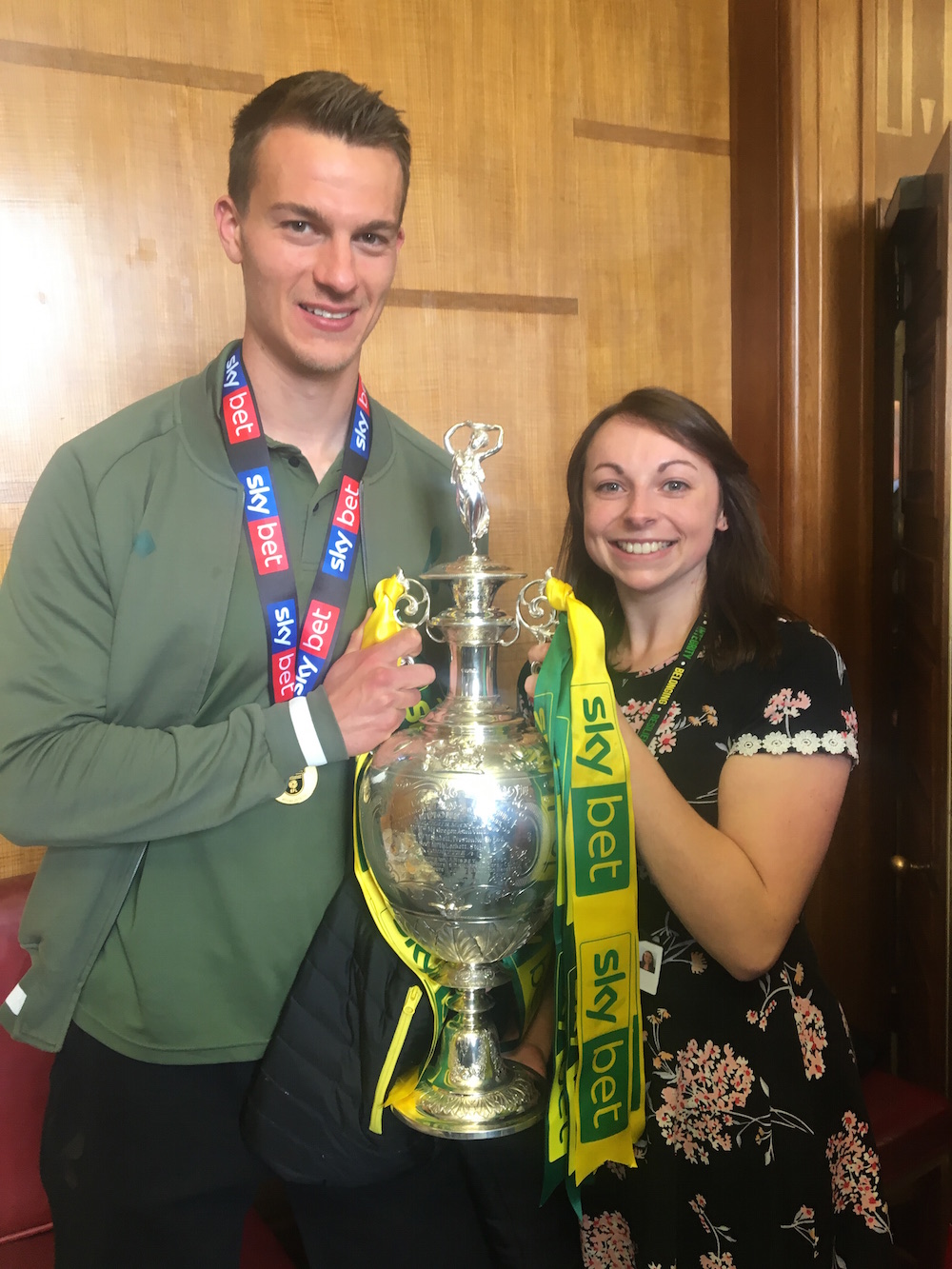 More in this category: « Eating out in Norfolk? Rules in Food and Wine Pairing that You Should Know About Gardening Necessities to Add to your Collection this Summer »
back to top