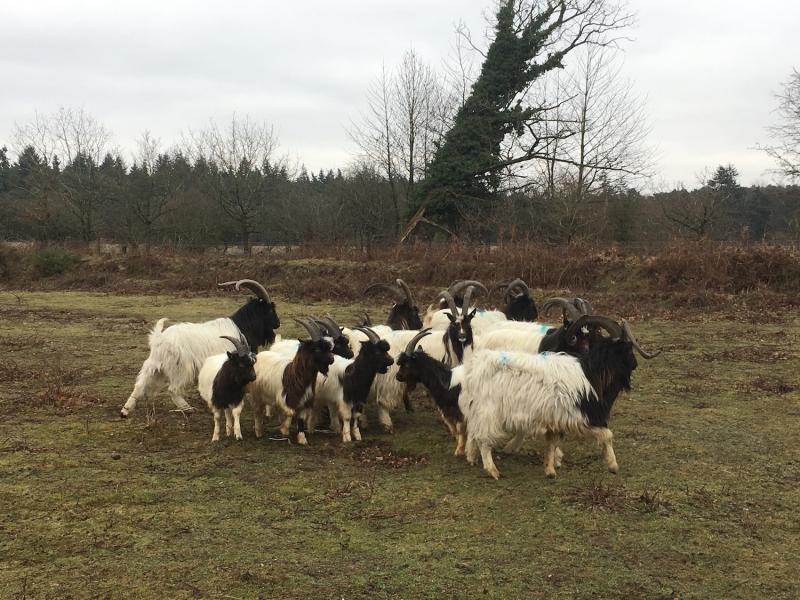 Some of the famous North Norfolk Bagot goats have headed south to continue their valuable conservation and habitat-management work.

The 15 billies have been sent on a long-term loan to heathland near Thetford, on land looked after by Norfolk Wildlife Trust.

The loan follows the sale of a group of billies to Suffolk Wildlife Trust last year.

The goats are a cost-effective way of managing vegetation and vulnerable habitats, and they act as a draw for tourists, too.”

John Milton, Head of Nature Reserves at Norfolk Wildlife Trust, said: “We are grateful to North Norfolk District Council for loaning us the 15 Bagot goats.

“For some time we have wanted to experiment with grazing by goats to deal with bramble and gorse, which are a particular issue on some areas in the Brecks restored to grass heath from forestry.”

NNDC’s herd of goats spend the summer on Cromer cliff, where they have provided a cheap and easy way to keep the undergrowth under control. Nine nannies and three nanny kids are currently grazing at Salthouse Heath, getting ready for their next shift back at the seaside later this year, and the herd is expected to welcome some new kids in the next few days.

The Bagot is a rare breed, so the council and the wildlife trusts are playing a key role in securing the breed’s future. 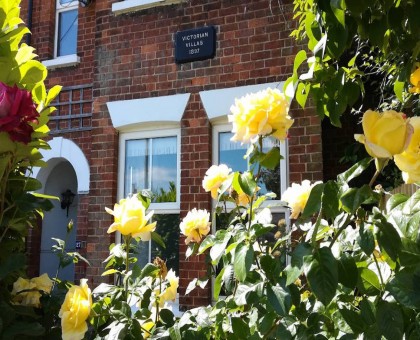 Belmont House
Minutes from the sea, on the stunning North Norfolk coast, this lovely, large Victorian cottage, built 1897 in traditional red brick, is furnished and equipped to a high standard throughout. Situated on a quiet road in Heacham ...
Explore

Raveningham Gardens & Tea Room
Situated nearby to Loddon and Beccles our gardens surround Raveningham Hall, home to Sir Nicholas and Lady Bacon (and home to the Bacon family since 1735). Enjoy the beauty of our varied and ever-changing floral seasons. The Gardens are set out as ...
Explore

PSH Environmental
PSH Environmental are a family owned and run skip hire and waste management company in Norwich. Having started the business in 1985, PSH Environmental have over 35 years’ experience in the industry and are ever-developing new technology in their ...
Explore

More in this category: « North Norfolk’s Cromer Pier – the show goes on! Innovative Sandscaping Scheme in North Norfolk »
back to top