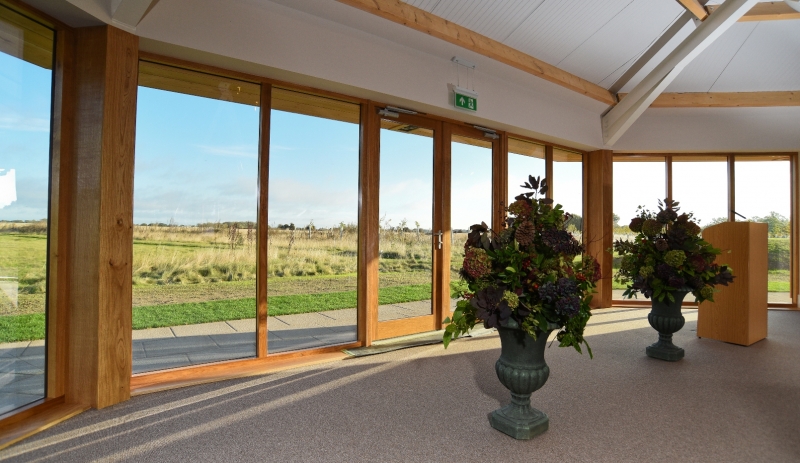 Norfolk Bluebell Wood Burial Park’s floral oasis has attracted admiring families from across the country since it opened almost three years ago.

Now that number is set to soar further following a significant investment, part-funded by the European Agricultural Fund for Rural Development. A state-of-the-art, environment-sensitive ceremonial hall has been built on the 18-acre parkland development, just off the A140 at Hainford.

The eight-sided Cedar Hall, which can seat 120 people with standing room for another 80, has been built according to the strict code of sustainability principles that have governed the 10-year-old burial park vision. Norfolk Bluebell Wood Burial Park, which has the motto “At One With Nature”, aims to be carbon neutral within the next 18 months.

Constructed of oak and cedar, the multi-functional ceremonial hall enjoys a panoramic outlook across the tranquil park’s ancient bluebell wood, a Diamond Jubilee Wood – planted as part of a national project in honour of the Queen’s 60-year reign – and extensive wildflower meadows.

It was officially opened on Wednesday, October 24, by another of Norfolk’s environmental champions, Deb Jordan, co-owner of Pensthorpe Natural Park.

”We opened in December 2015 but we deliberately did not rush into the building project for the hall,” said Norfolk farmer Andrew Morton. “A ceremonial hall was always an integral part of the dream, but we held back so we could canvass the views of people using the park. 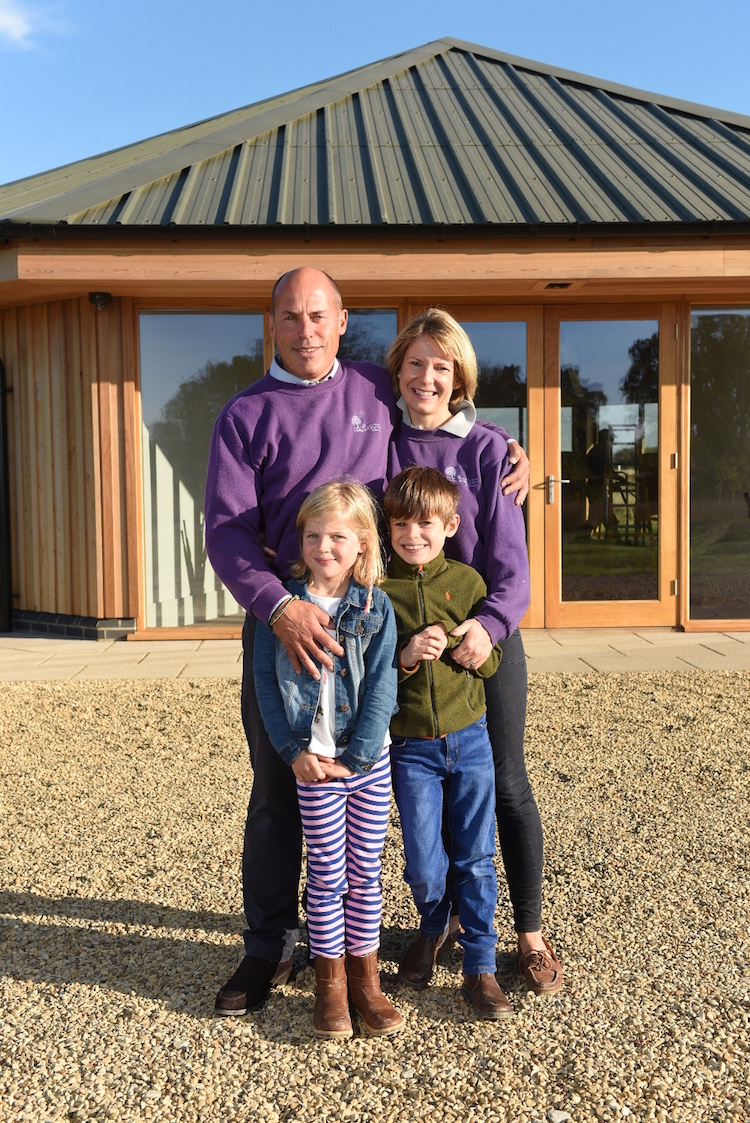 “We wanted to know what they would like to see incorporated into the building and we encouraged them to identify the services and facilities that would be most helpful, supportive and comforting to them in their time of family grief. That consultation has been an invaluable part of the process in the evolution of Cedar Hall.”

The result is a flexible, bespoke, user-friendly building, suitable for an array of gatherings for people of all faiths or none, all denominations and none, for services, thanksgivings, celebrations, wakes and any other stand-alone funeral-orientated ceremonies.

“We have learned that people have an infinite array of ideas as to what is an appropriate, perhaps original, send-off for their loved ones – and we are happy to accommodate anything that is reasonable and dignified,” said Mr Morton. “Each memorial can be as unique as the family want it to be.”

Key to that aspiration is a cutting-edge audio, visual and lighting system, installed by Production Bureau, capable of playing all kinds of music from a variety of sources, along with video tributes to the person being buried.

“Within hours of announcing our opening date for Cedar Hall we had families enquiring and booking the Hall for their loved one’s funeral. We want to be fully flexible so that we can meet everyone’s individual wishes and requirements. If they only want to use the building for a standalone purpose for an hour, that’s OK,” said Mr Morton.

The kitchen has catering facilities adjustable for all requirements, disabled toilets and an extensive car park – from where a ground source heat pump draws warmth to keep mourners comfortable, with underfloor heating throughout. Cedar Hall is set in wildflower meadow landscaping, using a specially prepared 30-seed mix named Honour, in memory of World War One’s sacrifices. 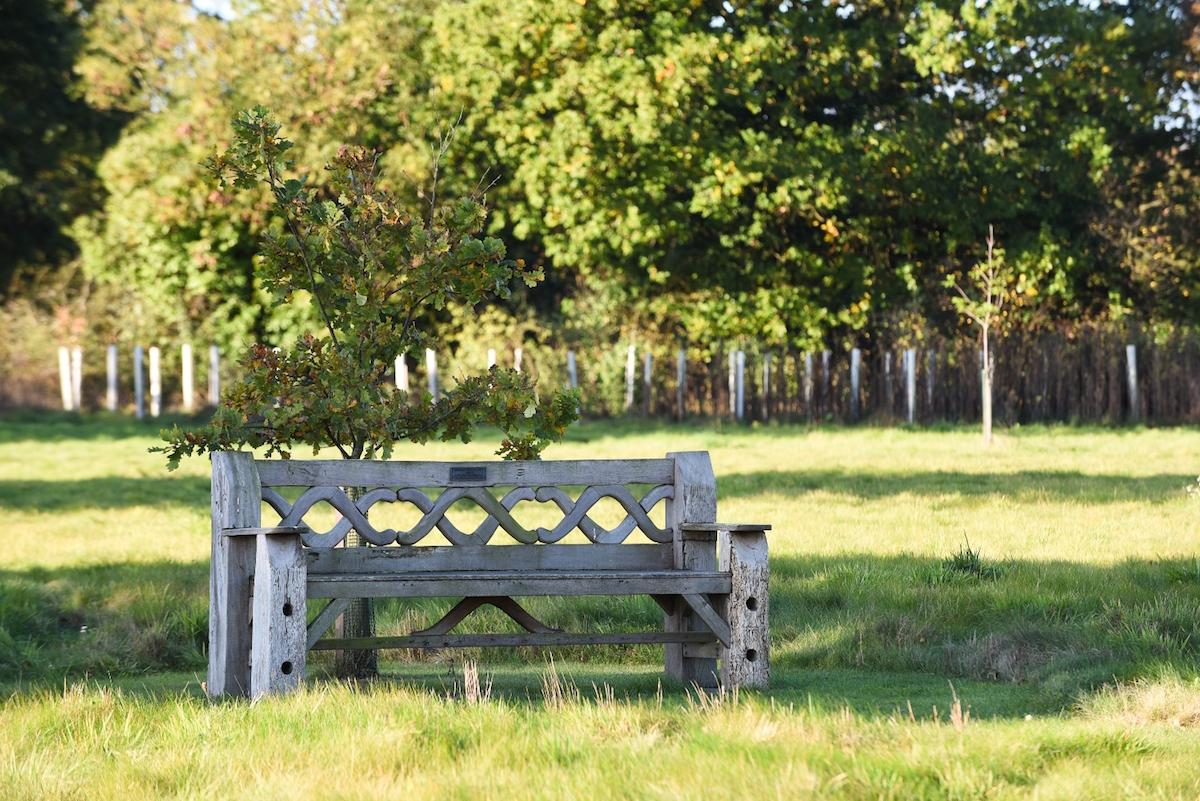 All contractors used on the project, which has been 11 months in construction, have been engaged locally, not only to provide work for nearby businesses but, importantly, to keep the travel miles as low as possible.

“We have had a fantastic team helping us all the way through,” said Mr Morton.

There was an official opening on Wednesday for suppliers, contractors, funeral directors and families already connected with the burial park, followed by an open morning on Saturday for all who wanted to have a look round the building and facilities.

“We are very, very pleased with it,” said Mr Morton, who has project-managed the venture himself. “We are getting lots of enquiries from all over the place. One of the things that has surprised us is how far away people are travelling to use our burial ground

“Our geographical catchment area is far bigger than we expected. We get a lot of people coming to us from London because they love the peace and tranquillity of the park; we are even attracting interest from abroad. With the Cedar Hall now coming into use, that is only going to grow.”

Norfolk Bluebell Wood Burial Park is managed by Andrew and Caroline, along with senior warden Matthew Greaves, who has 18 years experience of working in natural burial parks.

“Caroline worked for charity Cruse Bereavement Care before joining the small team and that enhances our pride in the park being family owned and managed,” said Mr Morton.

There are an additional three members of the team who work part-time, and also a number of independent contractors – “and we will be adding to the team as the park develops,” said Mr Morton.

Norfolk Bluebell Wood Burial Park has four distinct areas for burials – the stunning 300-year-old bluebell wood which is the jewel in the crown of the park, the Diamond Jubilee Wood, a woodland meadow and extensive wildflower meadows. Ashes can be scattered in the Robert Marsham Glade, named in honour of the one-time estate owner, the celebrated 18th Century naturalist and founding father of phenology – the study of the effects of the seasons on plants and animals. 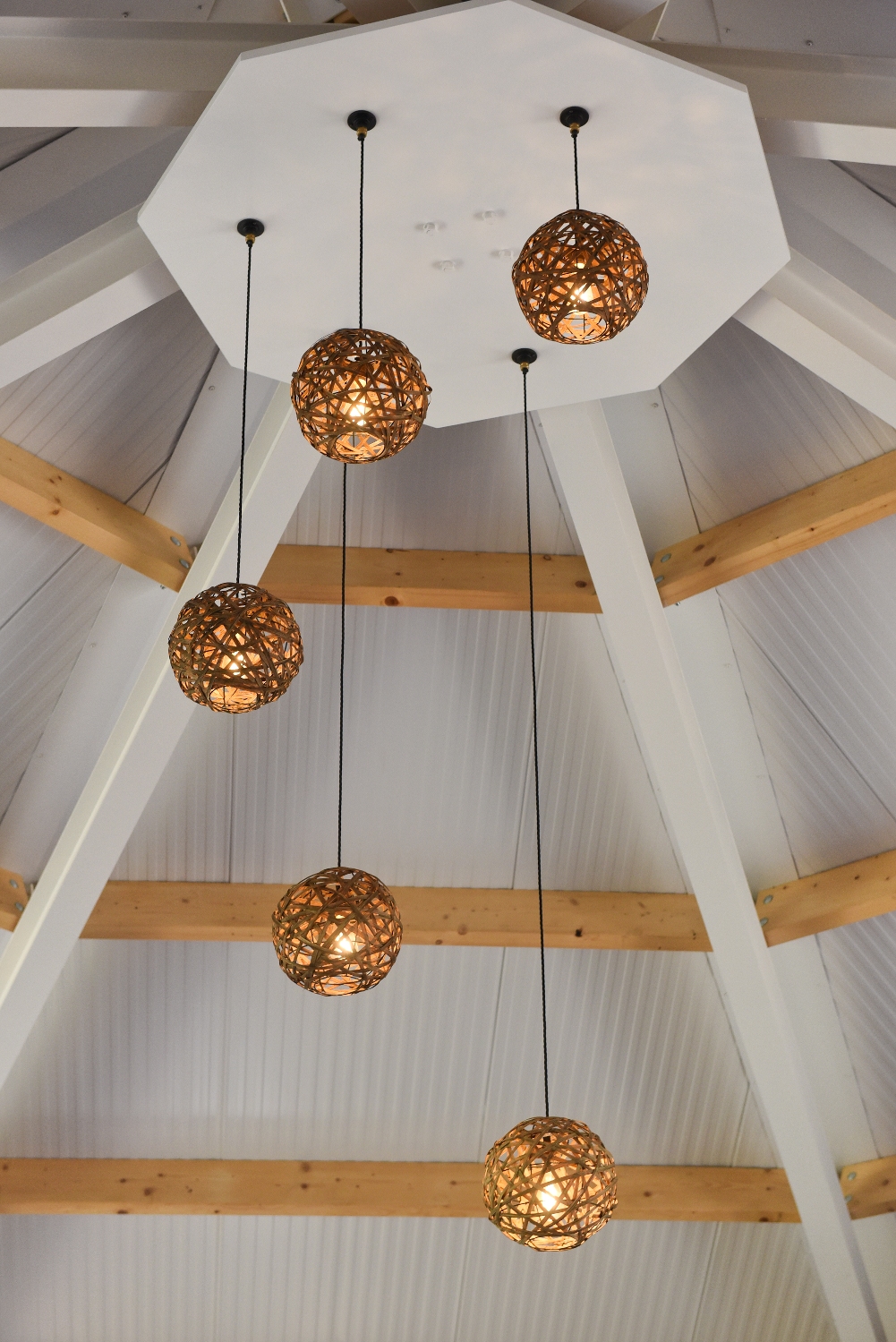 Sheringham Little Theatre
Sheringham’s Little Theatre is closely connected in so many ways.  Established for six decades, it comes with that hard-earned reputation for being an essential component of the coastal community.   Standing proud opposite the Town’s ...
Explore

FlexiMed Training Ltd
We understand that few people enjoy First Aid training; It can be time consuming and costly. For that reason, FlexiMed Training aim to make it as stress free as possible, for both yourself and your staff: Enhanced Covid-19 safety measures  ...
Explore More in this category: « King's Lynn in Bloom Awards New Edith Cavell Interpretation Board Unveiled in Tombland »
back to top