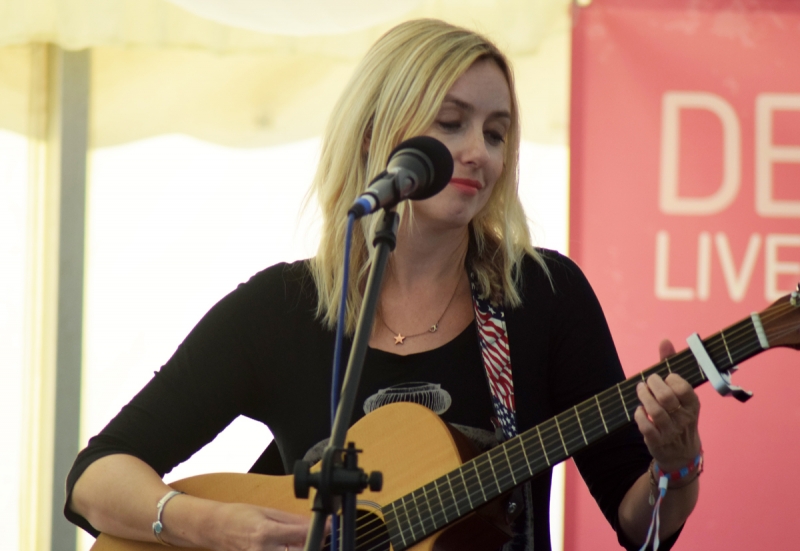 I am really excited to have launched my first ever PledgeMusic crowdfunding project for a brand new release. I have already started recording material with local band The Vagaband - recent recipients of The Music Award at the 2018 Norfolk Arts Awards - who I also recorded my last EP with.

There are some very special rewards and exclusives on offer including two beloved guitars and some rare signed memorabilia from my back catalogue. You will also be helping Dogs Trust as I spend a lot of time walking rescue dogs in the area and their companionship is truly special. Please watch the video and check out the rewards on offer - I would so appreciate any shares on social media.

Here is the PledgeMusic project link and video:

It’s been a really creative time lately. I’ve continued to write about music and have two articles in the autumn edition of Songwriting Magazine. Available at https://pocketmags.com/songwriting-magazine# the magazine includes my favourite vocal warm ups and also a 6 page interview with award-winning singer/songwriter Courtney Marie Andrews who I chatted to at Norwich Arts Centre during her recent UK tour. 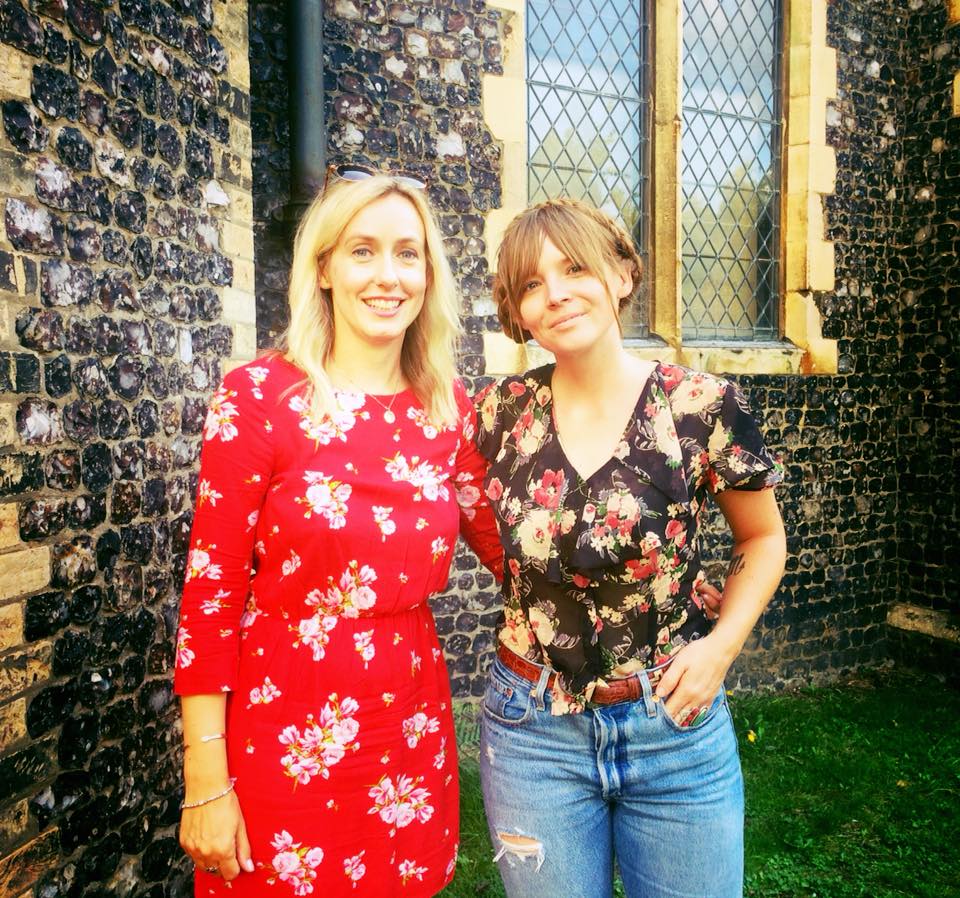 Also at Norwich Arts Centre I interviewed another renowned musician - Ethan Johns. A music hero of mine, he has produced some of my favourite albums including “Heartbreaker” and “Gold” by Ryan Adams. It was a pleasure to chat with him about his career - which includes producing artists such as Kings of Leon, Ray LaMontagne and Laura Marling - and his new album with long-standing band The Black Eyed Dogs. Look out for my interview with Ethan appearing in the winter edition of Songwriting Magazine. 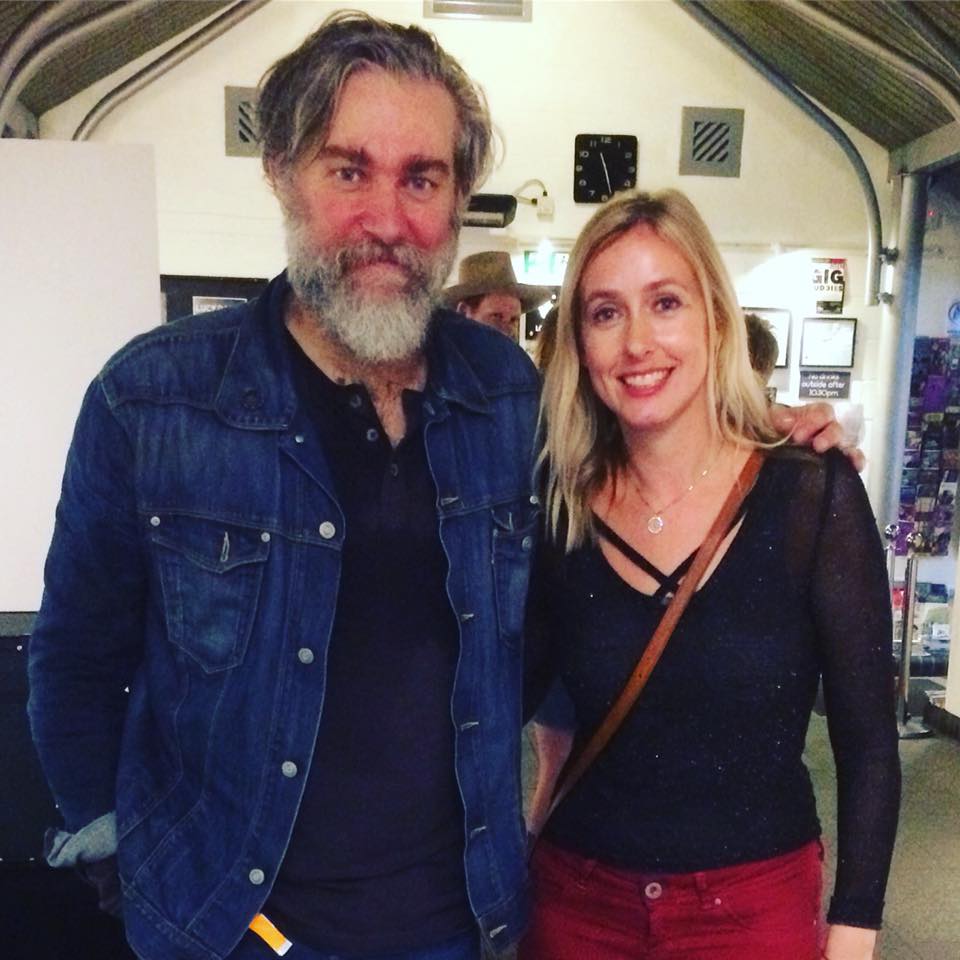 I always enjoy doing live radio sessions and last weekend I was back on Park Radio - a great local community radio station in Diss who really support local artists, particularly on the Sunday Introducing show. Take a look at my Facebook page www.facebook.com/lisaredfordmusic to see a live session video of "Never Was a Yesterday." 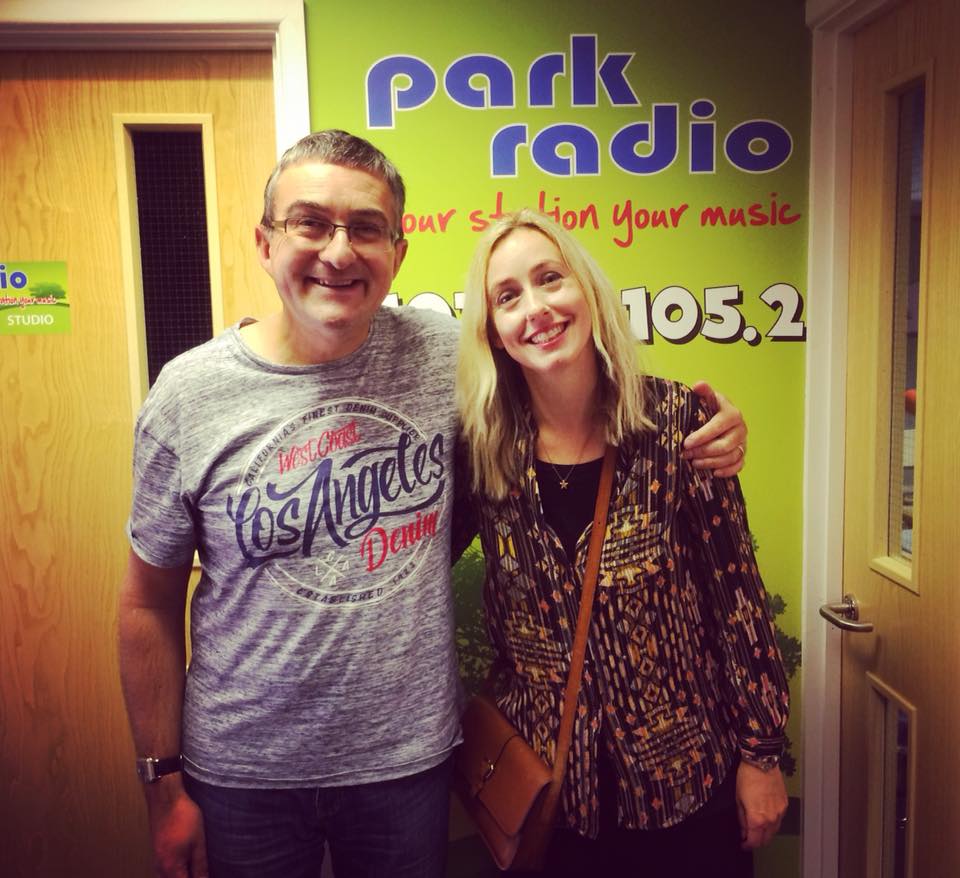 I enjoyed a great summer playing some lovely festivals including the always welcoming Reepham and Deepdale Festivals in beautiful North Norfolk. At Deepdale I was joined in my set by other performers at the festival, Adam Clark and Nic Zuppardi from Clark, Zuppardi, Hartley, who added some beautiful guitar and mandolin.  Regular performers on the local scene, Clark, Zuppardi, Hartley, blend original compositions infused with a passion for foot-stomping bluegrass and old time music with traditional songs and tunes. The trio have developed their own unique sound with clawhammer banjo, tenor guitar, mandolin and guitar and Nic is a also third of The Shackleton Trio and Dan Walsh Trio.

I was also joined by singer/songwriter Matt Watson on the Del Amitri classic “Nothing Ever Happens’. Matt has recently released a single “Outside (They Don’t Know Who I Am) from his brand new album “Greetings from the Outside” which is released on the Tontena Music label. 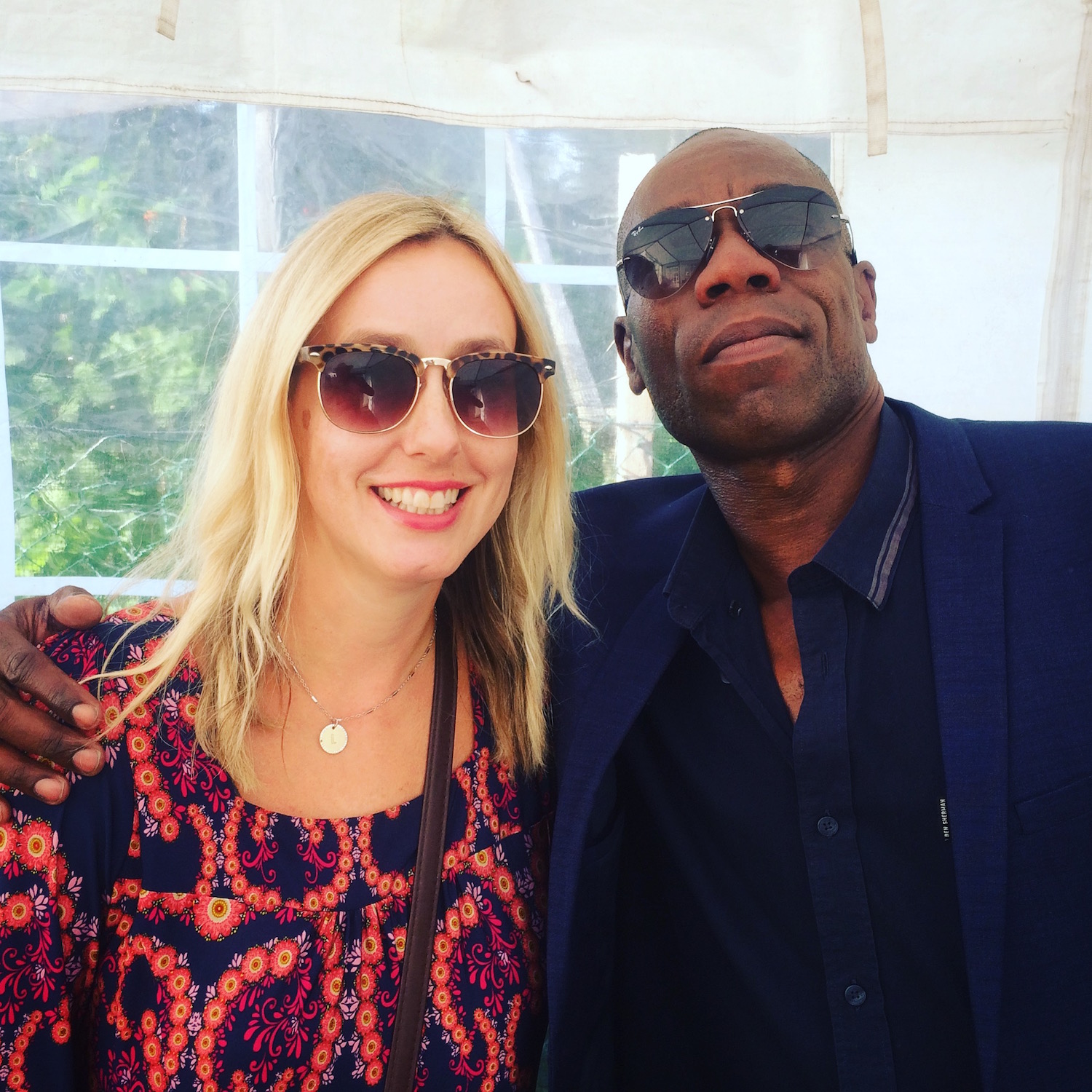 On 3rd November I will be returning to the lovely Blue Joanna on Unthank Road for an acoustic gig which will also be a warm up to an upcoming London date when I’ll be playing  the award-winning Green Note in Camden on 4th December.

8th November sees The Slocan Ramblers at Louis Marchesi. Hosted by Corncutter Promotions - who host fine roots music in the city - The Slocan Ramblers are Canada’s bluegrass band to watch. Rooted in tradition, fearlessly creative and possessing a bold, dynamic sound, The Slocans have become a leading light in today’s acoustic music scene with a reputation for energetic live shows and impeccable musicianship.

As a huge film fan I’m really looking forward to the Norwich Film Festival on 6-18 November. The festival is committed to showcasing the very best of independent film and provides a platform for creative, high-quality films from local, national and international filmmakers. The festival will also be hosting talks, panels and networking events across Norwich.

Throughout the 12 days there will also be a host of renowned actors making an appearance at the festival. The opening event will be a definite highlight - an In conversation with Christopher Eccleston plus a screening of Danny Boyle’s cult classic “Shallow Grave” at OPEN.

On 11th November Cinema City will be welcoming Vanessa Redgrave (subject to work commitments) and Carlo Nero for a Q&A following a screening of her important directorial debut “Sea Sorrow” - a very personal, dynamic meditation on the current global refugee crisis through the eyes and voices of campaigners and children mixing past and present, documentary and drama in its reflection on the importance of human rights.

At Norwich Cathedral on 17th November the festival hosts an In Conversation with Juliet Stephenson, one of the UK’s best loved actresses who has worked extensively in Film, TV and Theatre.  Juliet has won an Olivier award, along with being nominated a further four times within this field. She has also been nominated four times for the prestigious BAFTA Best Actress category for her work in Film and TV.

The festival has also curated an outstanding selection of short film screenings and I am particularly looking forward to the BAFTA shorts at The Forum on 17th November - a screening of the short films that had been selected at this year’s BAFTA awards.

For all my music news and teaching information please check out my links: 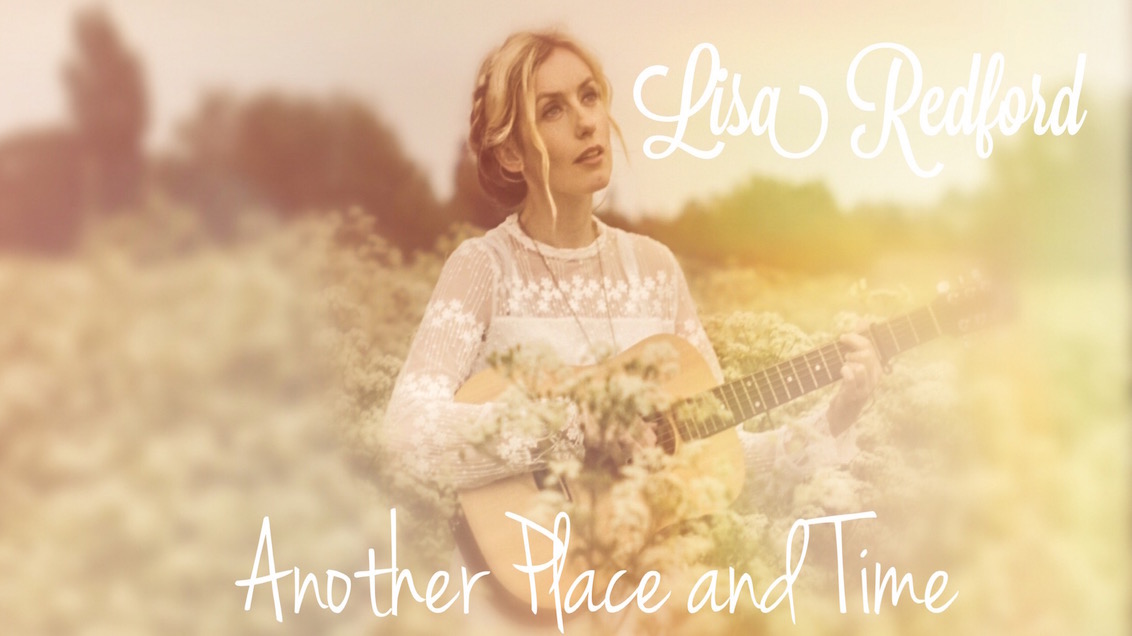 Sirius Training & Certifications Ltd
STC is proud to be recognized as a BRC ATP (approved training partner) and also an approved Highfield Training Centre.STC is a BRC Approved Training Partner, we also deliver Highfield Food Safety & Train the Trainer training courses, all in a ...
Explore

Wensum Print
Welcome to Wensum Print of Norwich. We are an independent print company offering an all round print service. We have been established in Norwich for over 35 years, and have the knowledge and ability to offer you high quality results with ...
Explore Museum of the Broads
Enjoy the only waterside Museum of Broadland life at the historic and picturesque Stalham Staithe.  We are family and dog friendly, have an accessible site, with a small café and picnic area. So why visit? Superb displays using a variety of ...
Explore

More in this category: « Chris Wright Lisa Redford unplugged - I Just can't forget »
back to top