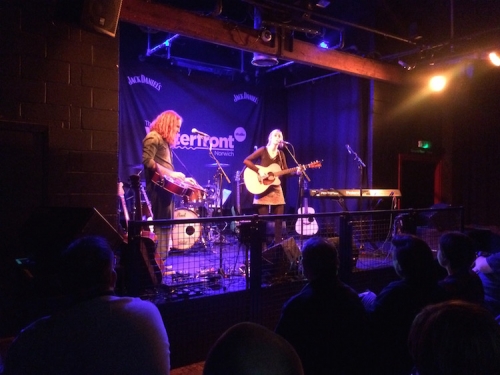 Over the last couple of months I’ve played some lovely gigs and radio sessions.  I had a wonderful night performing at Norwich Waterfront Studio opening for country singer songwriter Sarah Darling. It was exciting to perform two brand new songs and nice to have the brilliant Noel Dashwood - from renowned local folk trio Alden, Patterson and Dashwood - joining me with his exceptional dobro and harmony vocals.  We also earned some great reviews from local publications:

“With dobro player Noel by her side, she opened up the evening with a great array of original songs which she has written over her substantial career as a musician. It was easy to be drawn in by her elegant and classy deliverance.” Huge thanks to the EDP Newspaper for this great mention.

“Lisa performs numbers from her recent Another Place and Time EP, several brand new songs, and also one of my favourites, Carolina Rain from the earlier Slipstream album. Lisa  has always moved seamlessly between the worlds of country and folk, but tonight’s set understandably steers more towards the former, and provides a great opener to tonight’sshow.” Thanks also to Outline Magazine for their kind words.

Prior to the tour, I also interviewed Sarah for vocal publication iSing magazine and it was lovely to chat to her in Nashville about her inspirations, new material and vocal care.  Sarah sounded absolutely sublime during the show and it was a joy to support her: 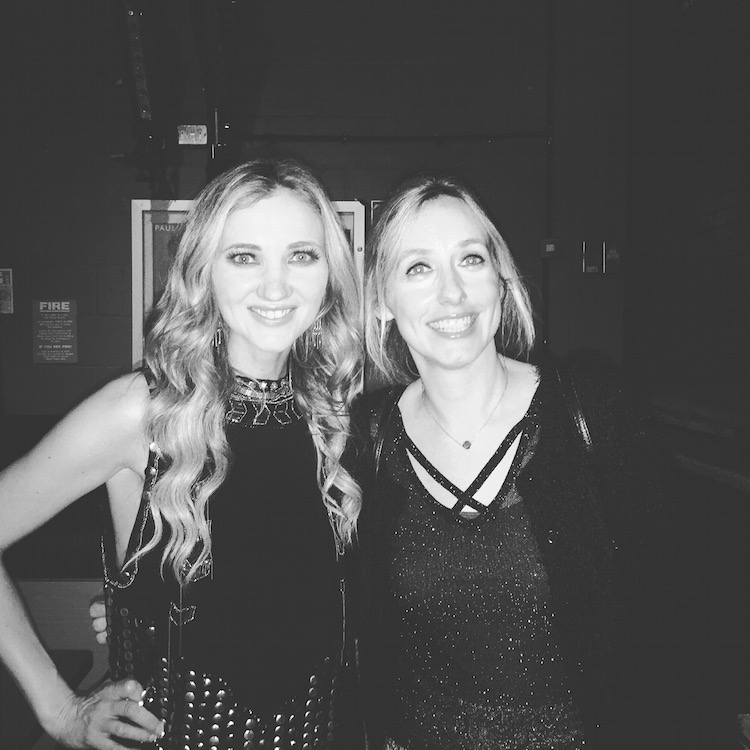 The following day I had a lovely afternoon recording my second Under the Apple Tree session for WhisperingBobTV in Oxfordshire. It is always special catching up with Bob Harris - who has hugely supported my career - and for this session it was so nice to be reunited with brilliant pedal steel player Alan Cook who played on my second album “Lost Again”.

Look out for the session coming soon on their YouTube channel. 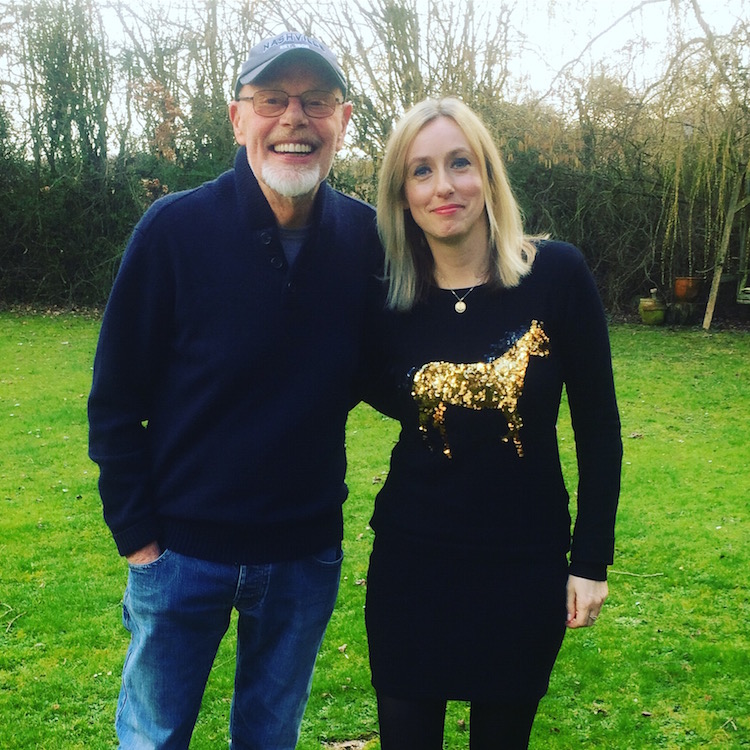 Shortly after I also recorded a live session and interview for Park Radio, a lovely community radio station based in Diss with an eclectic playlist. There was such a great response when I performed for the live feed that it resulted in orders for my releases. Thanks so much to all of those of you who have listened and ordered my material, look out for me co-hosting a show on the station very soon!

Earlier this month I had fun performing at The Ramblin’ Roots Revue, a festival celebrating Americana at Bucks Student Union and it was lovely to be joined again by Alan Cook on pedal steel and dobro.  We also recorded a fun live session and interview for Scottish radio show Medicine Music in their moose mobile and the video is on their YouTube channel:

I saw so much amazing live music during the festival including storming sets by Danny & the Champions of the World, Robert Vincent, The Magic Numbers and a fun Tom Petty tribute. It was also lovely to meet Romeo Stodart of The Magic Numbers before their headline set. Catch them at Norwich Arts Centre on June 13 when they will be playing songs from brand new album “Outsiders”. 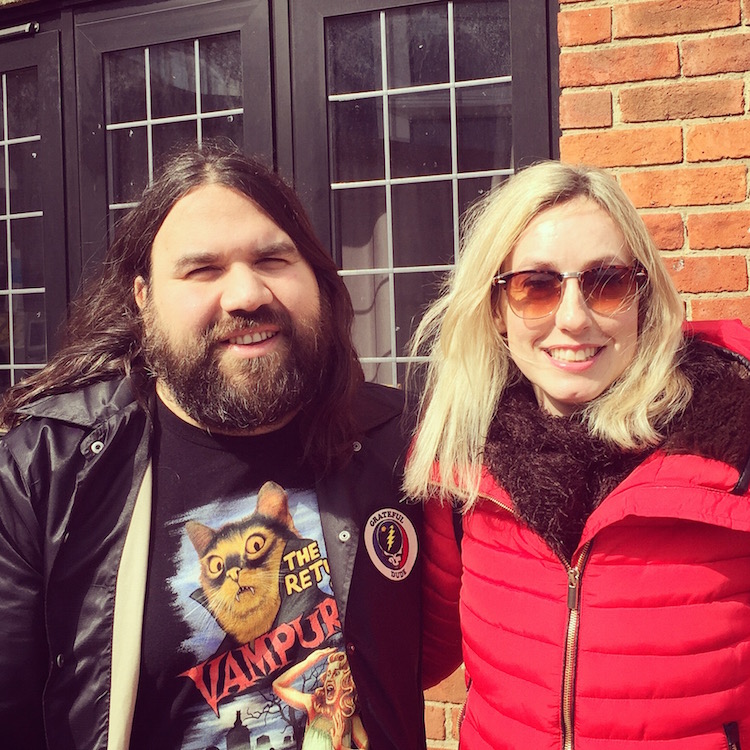 My next headline show is on June 17, a special acoustic Sunday Session at beautiful Burnham Deepdale. I had a lovely time performing in March at their Hygge Festival. May’s Sunday Session on May 20 features the brilliant local songwriter Jess Morgan who recently released a single called “Whitby”.

Tickets for my Sunday Session are here: https://www.deepdalebackpackers.co.uk/events/indevent.asp?EventID=1853176369 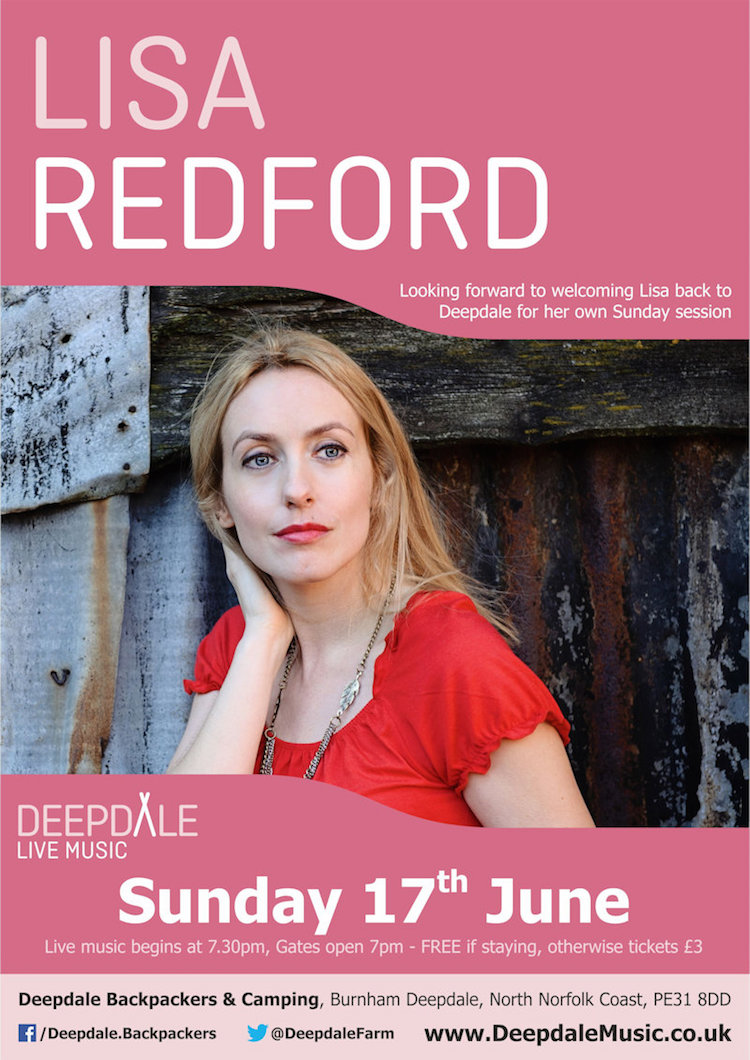 WOW - Women of the World

Coming up this weekend at OPEN Norwich is WOW – Women of the World festival. Organised in conjunction with Norwich Arts Centre and London’s Southbank Centre, WOW

was founded in 2010 by Southbank Centre’s Artistic Director, Jude Kelly CBE and is now the largest women’s movement in the world, reaching over 1.5 million people in 23 cities across five continents.  It is very exciting that it is now happening in Norwich.

May of course brings the Norfolk and Norwich festival which this year is from May 11-27.  As usual, world class classic and contemporary music, theatre, circus, visual arts, film, dance and literature will be coming to the city as well as outstanding songwriters, jazz, world and folk music.

A real highlight is acclaimed songwriter, five-time Grammy Award winner Mary Chapin Carpenter, who makes her first appearance at the festival on 17 May at Norwich Theatre Royal.  I saw her last year at the Americana UK conference for a fascinating In Conversation with Bob Harris when she discussed her illustrious career, the roots of Americana music and her songwriting process.

Mary will perform songs from her expansive back catalogue and new album “Sometimes Just The Sky” which was produced by one of my favourite producers, Ethan Johns (Ryan Adams, Kings of Leon, Laura Marling).  Support comes from Emily Barker who I recently saw perform a stunning solo song at the Americana UK Awards in London where she was this year’s UK Artist of the Year recipient.

Also at Norwich Theatre Royal on May 19 is multi-platinum selling singer-songwriter Ben Folds, widely regarded as one of the major music influencers of our generation. Throughout his career, Folds has created an enormous body of genre-bending musical art that includes pop albums as the front man for Ben Folds Five, multiple solo rock albums, as well as unique collaborative records with artists from Sara Bareilles and Regina Spektor, to Weird Al and William Shatner.  Folds will deliver a high-energy performance using the intimacy of just a piano in a concert that will include some of his best-loved songs, as well as more recent compositions.

On 20 May Amanda Palmer will be bringing her electrifying and unique live performance to OPEN Norwich. One half of cult punk-cabaret duo The Dresden Dolls and an alt-rock icon, Palmer is known for her earnest songwriting and vast creative output. Her recent artistic work has diversely leapt from collaborations and film clips to new music, blogs and multi-media art.

For fans of folk music Kathryn Tickell & The Darkening will be leading a band of musicians from England, Scotland and Ireland and bringing some of the oldest Northumbrian songs to life at Norwich Playhouse Theatre on 21 May.

For more details about this year’s Norfolk and Norwich Festival, visit the website:  https://nnfestival.org.uk

For all my latest gigs and teaching information please visit my website: www.lisaredford.com 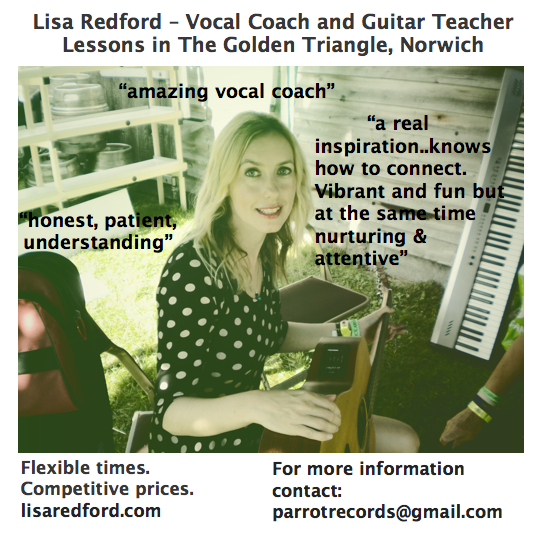 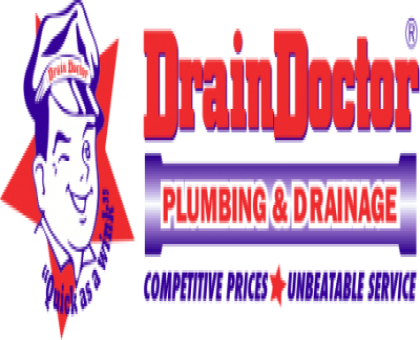 More in this category: « Deafening Silence Lisa Redford »
back to top