Lisa Redford - When Christmas Comes Around 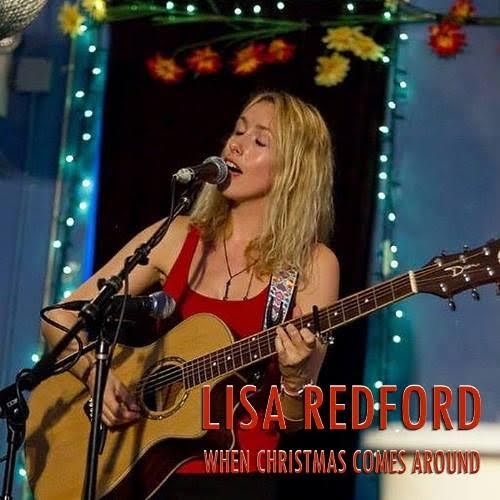 cover pic is by Joe Se

I’ve been working hard on my new Christmas single ‘When Christmas Comes Around’ which I’ve recorded and mixed myself like my previous acoustic festive song ‘St Benedict’s Christmas Fair’.

The song is about the pleasure of spending time with those you love during the festive period and I really enjoy the process of creating a song from scratch, and adding layers and parts to it.

The song has just received airplay on BBC Suffolk which makes all the hard work so rewarding and will be available on my Bandcamp page lisaredford.bandcamp.com from Friday.

Here's is the unplugged video -  When Christmas Comes Around

I launched the single during my short set at Mustard TV’s Christmas Party at The Forum last weekend where I was also joined by my talented student Breeze Redwine to perform two Christmas classics. Breeze has been continuing to receive airplay on BBC Introducing for her latest single ‘1000 Little Pieces’ and has just been invited to perform a festive song on BBC Look East.

Really looking forward to seeing Lissie and Teddy Thompson this week at The Waterfront. As an acoustic songwriter myself I always love seeing artists perform solo acoustic sets. Lissie’s music is a great blend of folk, country, rock and pop and both her previous albums, 2010’s ‘Catching a Tiger’ and 2013’s ‘Back to Forever’, made the Top 20 in the charts with the former going Gold. Her songs have been licensed for films and TV shows whilst ‘The Longest Road,’ a song she wrote with DJ Morgan Page was subsequently remixed by Deadmau5 and nominated for a ‘Best Remixed Record’ Grammy.

Her latest studio album ‘My Wild West’, recorded in Nashville with her producer Bill Reynolds (Band of Horses), her band in in Ojai, California and executive producer Curt Schneider in his Studio City home, is Lissie’s most personal to date and for this tour she is also promoting her live album ‘Live at Union Chapel’ which is now available to order, download or stream via her website.

The special guest joining Lissie is Teddy Thompson whose career I’ve followed and I enjoyed his ‘Separate Ways’ album so much I worked with his producer Brad Albetta on my album ‘Clouds with Silver’ in Brooklyn which has been a real highlight of my career. I saw Teddy play earlier this year for the Norfolk and Norwich Festivel at Norwich Playhouse as part of an excellent show with American singer/songwriter Kelly Jones who he collaborated with on duets album ‘Little Windows.’ The stunning show, which had the audience captivated by the sublime harmonies, natural rapport between the band and musicianship, was directed by superb drummer Ethan Eubanks who I was also fortunate enough to have play on my EP ‘Reminders’.

Some other excellent live music treats are coming up. OPEN sees folk singer songwriter and multi instrumentalist Seth Lakeman on 11th December. His high-energy performances and series of best selling albums make him one of folk music’s most renowned artists.

At Norwich Arts Centre on the 21st it’s the annual midwinter moonshine from The Vagaband. I recorded my latest EP with frontman José McGill and this year the band are celebrating their 10th anniversary.  Special guests will be alt-country band Morganway from North Norfolk. The superb Glenn Tilbrook is on Monday 12th. One of my first memorable gigs was supporting him at the same venue and with his energy, warmth and gift for writing songs, it’s not hard to see his enduring appeal as one of our most loved songwriters. For fellow Neil Young fans like myself Don’t Spook the Horse return on the 11th taking the audience on a journey through Neil’s long and eclectic career. Sam Kelly and the Lost Boys headline on the 19th. I saw their rousing set at Folk East and he has been awarded many accolades including Horizon winner at the BBC Radio 2 Folk Awards. Support is Norwich’s Jess Morgan who has been earning rave reviews for her new album 'Edison Gloriette'.

It's been a really busy and rewarding year with all the acclaim received for 'Courage' the debut single I wrote for Breeze and also the lovely reviews and airplay for my EP 'Another Place and Time'. I'm thrilled to hear it's just been nominated for Best British EP at the Belles and Gals Awards, an excellent music website celebrating female artists who perform country music.

"Lisa’s music is a beautiful blend of the sweetest style of country and the purest sound of folk music". Such lovely words from music blog Building Our Own Nashville who have just reviewed the EP and given it a great review: 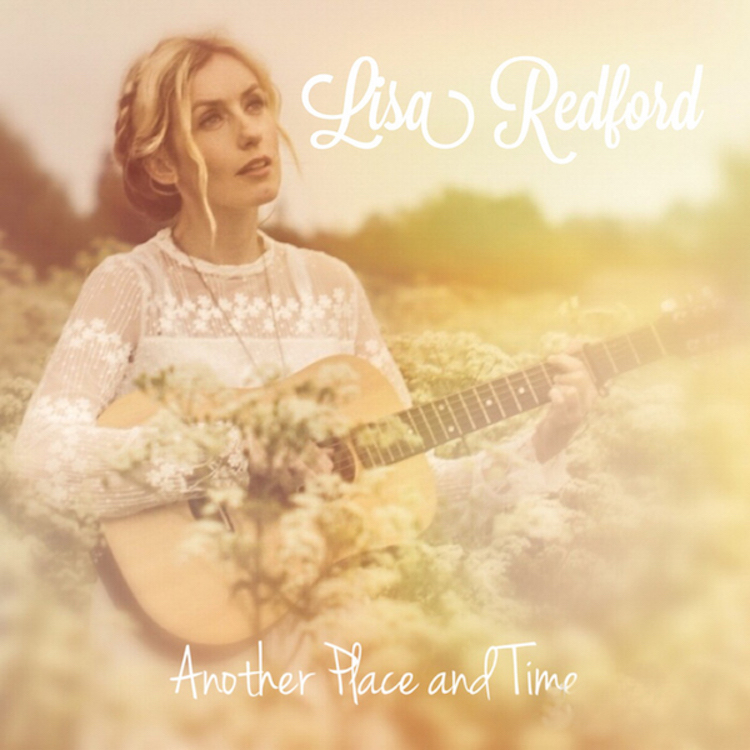 2017 looks set to be exciting too. My song 'Live Your Life' and also an exclusive piano version of 'Courage' are featured on a beautiful charity compilation CD for Postcards for Peace which will be officially released in February. It features 26 songs of war and peace, of hope and of love, of living life to the full, of not giving up and of having the courage to face adversity.

For more information and to order the CD visit here: 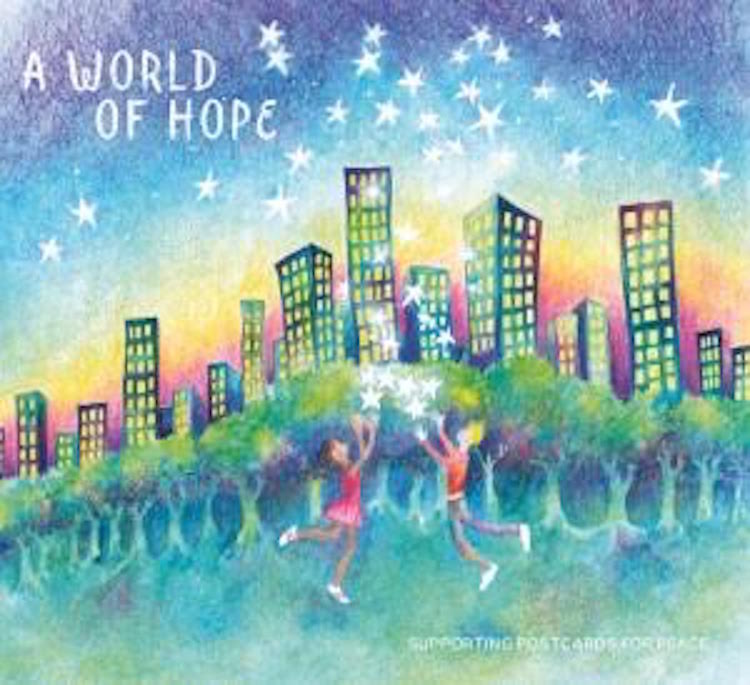 Thank you so much for reading my music column this past year.  Wishing you all a very Merry Christmas! 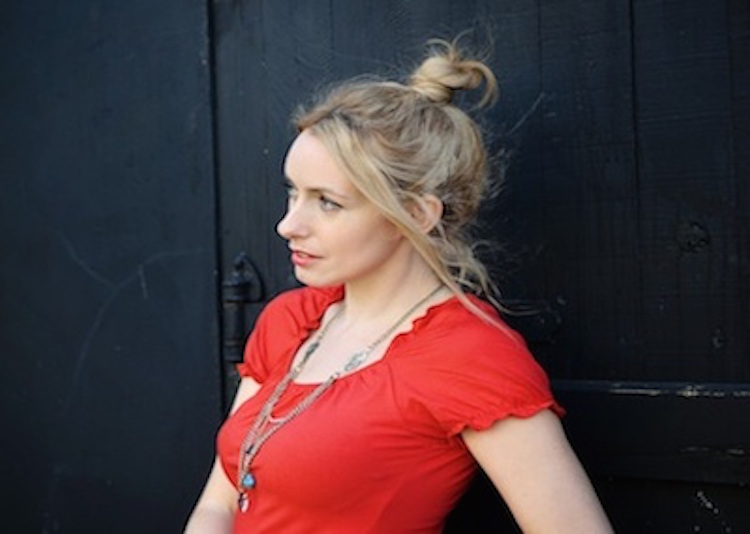 More in this category: « Lisa Redford - Sound and Vision to Musical Keys Lisa Redford Unplugged - Exciting month for Music in Norfolk »
back to top