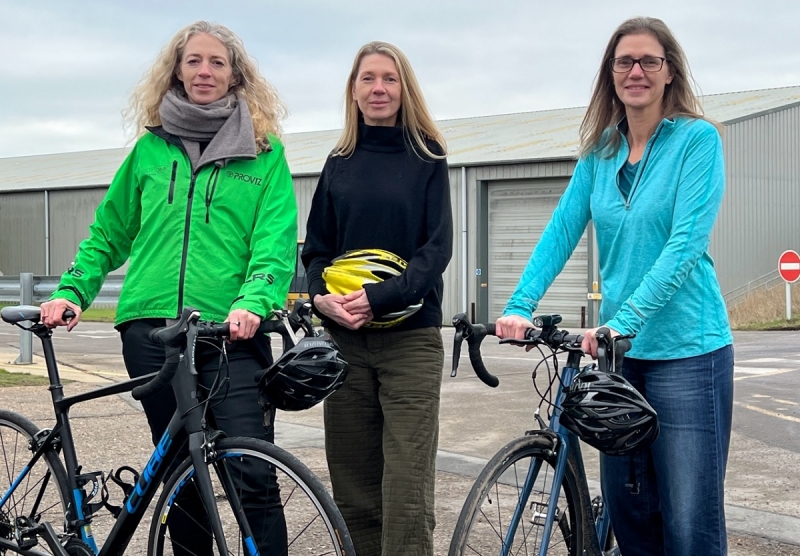 Three sisters are turning to pedal power to support a fundraiser close to their hearts. Helen, Gail and Catherine Johnston will be getting in the saddle for this year’s Ride for Life cycle event, which raises vital funds for East Anglia’s Children’s Hospices (EACH).

The popular challenge, for keen cyclists and amateurs alike, is being held from 6th to 8th May and takes participants on a stunning journey through the East Anglian countryside.

Helen, Gail and Catherine will be participating for the first time but have a deep connection with Ride for Life, thanks to late father Richard, who died in December 2018. Through his business, Richard was a dedicated long-term sponsor and supporter and this year’s event is being held in his memory. Richard Johnston Ltd, a warehousing company, is based at Snetterton – next to the site of EACH’s former hospice at Quidenham.

Helen, 54, joked: “I’m utterly horrified about what we’ve taken on. It’s going to be a real challenge but I’m excited, too. It’s exciting and terrifying in equal measure but we’re so pleased to be supporting such a wonderful cause. I speak for the three of us when I say we’re honoured the ride is taking place in my father’s memory, because he was such a long-standing supporter of EACH. He was always keen to support a cause close to his heart and we feel just as strongly. The fact we’re going to visit all three hospices during the ride is very important and brings everything home, in terms of why we’re doing this. It heightens the meaning and while it’s an endurance event and going to be a physical challenge, it’s about raising money for a very worthy cause. The fact it’s a regional event also means a lot. The three of us were born and bred here and feel strongly rooted in East Anglia. “It’s our home patch, so to speak, so nice to have the chance to explore it on two wheels.”

Helen, Gail, 52, and Catherine, 49, will be taking part in the three-day ride – which takes in Norfolk, Suffolk and Cambridgeshire - but a one-day route is also available. Both are fully supported and both get underway at Richard Johnston Ltd, in Harling Road, Snetterton.

Anyone interested in taking part can get a 50% discount (£50 compared to £100) on the three-day challenge if they sign up before 31st January. This includes food and hotel stays. For details please click here

The sisters will be joined by long-serving Richard Johnston Ltd finance director Rob McIndoe, who has taken part in Ride for Life before, and son Ed, 23. 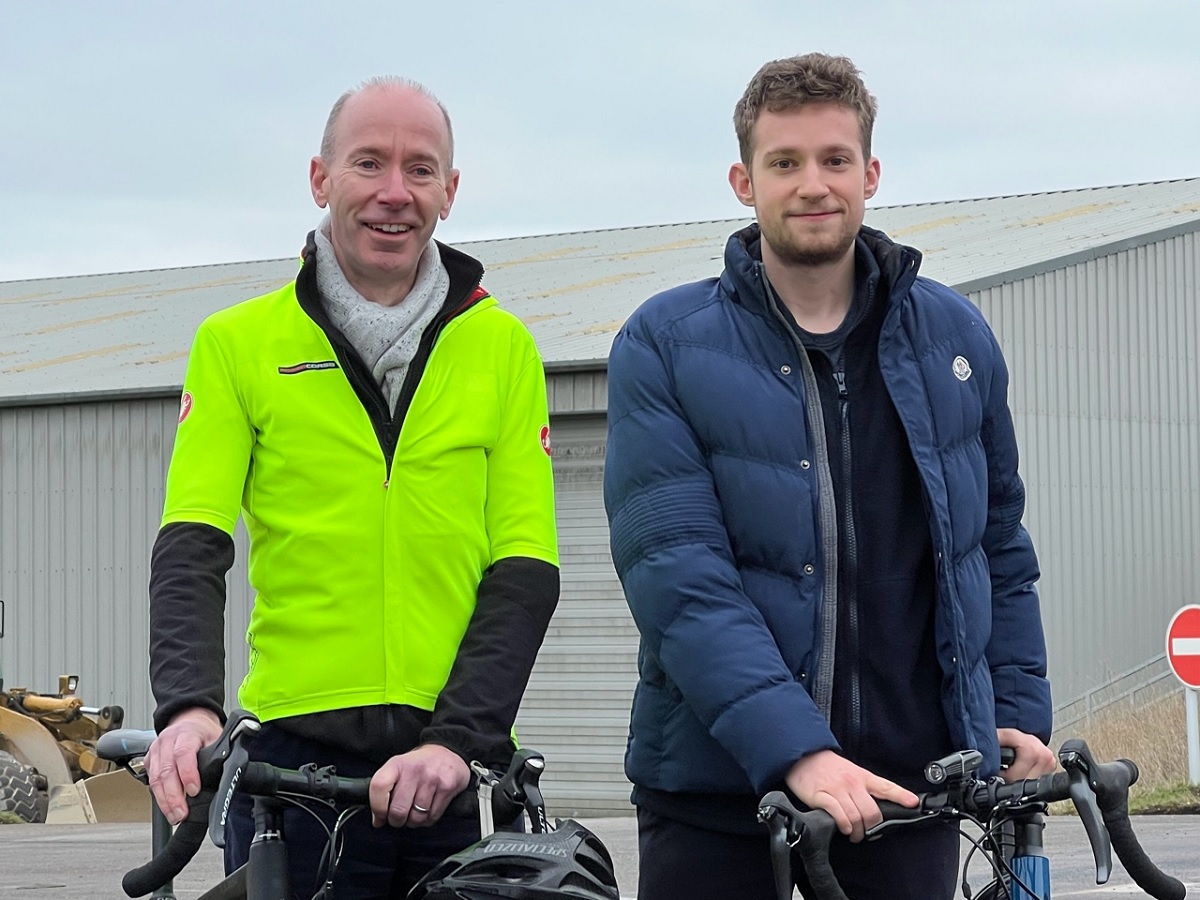 To sponsor them, head to their funding page here.

Caroline Allen, EACH Senior Corporate Fundraiser, said: “We wish Helen, Gail, Catherine, Rob and Ed the very best of luck for this year’s Ride for Life. I’m sure it will be a challenge but hopefully it’s also great fun, an adventure and something they remember forever. It’s lovely that they have such a deep-rooted connection both with Ride for Life and EACH. Richard Johnston was a very loyal and dedicated supporter and it’s truly fitting that this year’s event is taking place in his memory.”

EACH supports families and cares for children with life-threatening conditions across Norfolk, Suffolk, Cambridgeshire and Essex. It has three hospices – The Nook, in Framingham Earl, near Norwich, The Treehouse, In Ipswich and at Milton, near Cambridge. 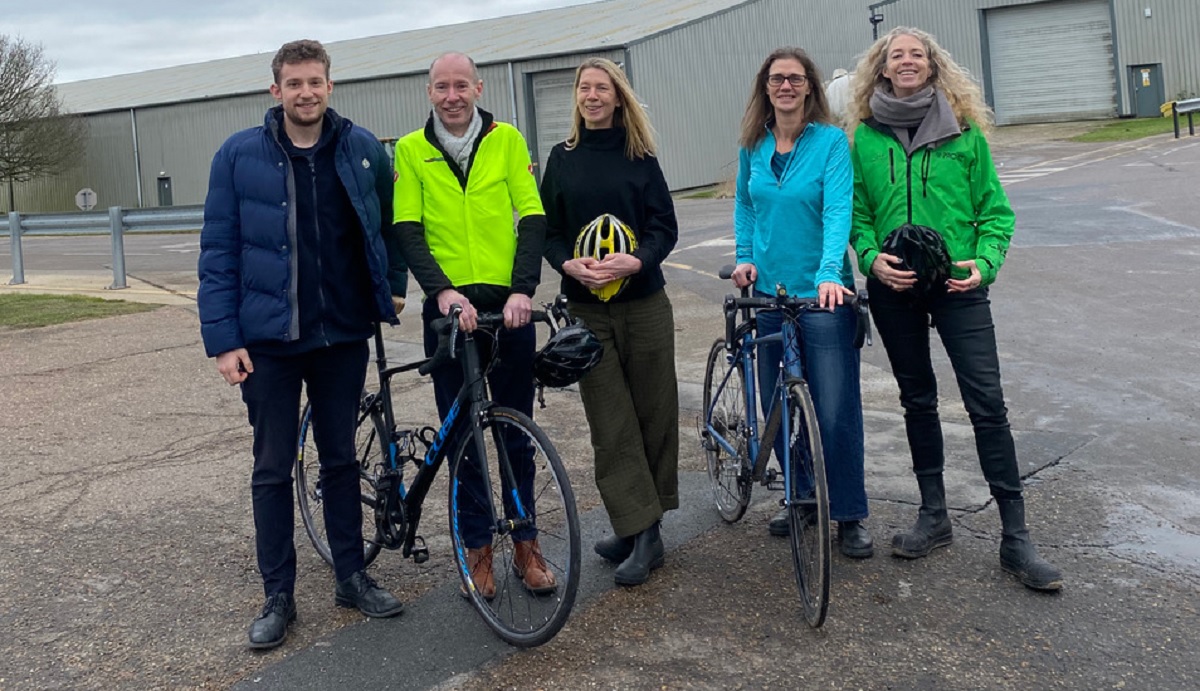 More in this category: « Dedicated employees raise a staggering £25,000 to coincide with their business’ 250th anniversary Fancy being one of the ten lucky runners representing Team EACH in King’s Lynn? »
back to top