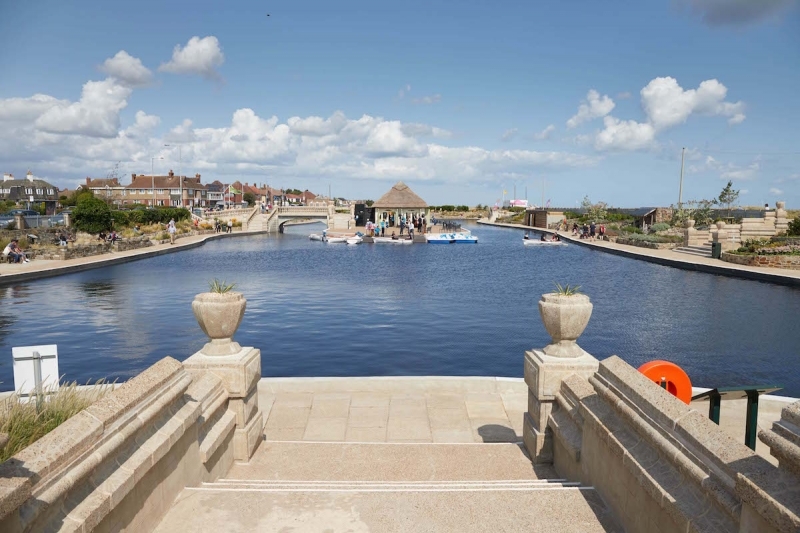 It has also gained Green Heritage Site Accreditation, which is awarded to public green spaces that are managed to Green Flag Award standards and whose owners actively understand, identify and promote the heritage that make that site unique.

The Green Flag award scheme, the international quality mark for parks and green spaces which is celebrating its Silver Jubilee this year, has announced arecord-breaking year with 2,127 locations across the UK which are celebrating success today. Great Yarmouth’s Venetian Waterways, which is one of 169 Green Flag Award winners in the East of England, joins parks and green spaces as diverse as the National Memorial Arboretum in Staffordshire, Woodhouse Park in Peterlee and Chiswick Old Cemetery in London.

Great Yarmouth Borough Council, in partnership with Great Yarmouth Preservation Trust, led the major restoration of the Grade II-listed seafront park, which was completed and opened in August 2019, winning its first Green Flag Award and also Green Heritage Site Accreditation later that year. The project was funded through a £1.77m National Lottery Heritage grant awarded through the National Lottery Heritage Fund, plus further support from the Borough Council, New Anglia LEP and the Department for Communities and Local Government (now MHCLG).

Leader of Great Yarmouth Borough Council, Cllr Carl Smith said: “We are extremely pleased that the Venetian Waterways has received this accolade for a second time and very proud of how the park was brought back into use and has been enjoyed by so many people of all ages as a place to stop and relax for a while, to enjoying the boating and the beautiful planting. Our parks and green spaces have played a vital role in maintaining the wellbeing and good mental health of our residents through the pandemic lockdowns, and the Green Flag Award is testament to the hard work and dedication of the team who look after this special place.”

Green Flag Award Scheme Manager Paul Todd said: “I would like to congratulate everyone involved in making the Venetian Waterways worthy of a Green Flag Award.

“To meet the requirements demanded by the scheme is testament to the hard work of the staff and volunteers who do so much to ensure the Venetian Waterways has high standards of horticulture, safety and environmental management and is a place that supports people to live healthy lives.”

The Green Flag Award scheme, managed by environmental charity Keep Britain Tidy under licence from the Department for Levelling Up, Housing and Communities, recognises and rewards well-managed parks and green spaces, setting the benchmark standard for the management of green spaces across the United Kingdom and around the world.

In celebration of this year’s announcement, Green Flag Award is asking buildings and monuments around the UK to #GoGreenForParks today to show appreciation for the spaces that mean so much to people. More in this category: « Attractions Invest £7.7million Fairhaven Woodland and Water Garden in UK's Best 100 Gardens 2019 »
back to top