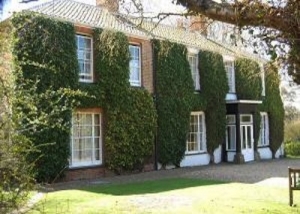 The Grove, owned and run by the Graveling family since 1936, only opened its doors to the public for lunch and dinner under two years ago... and now, under chef Charlie Hodson, has been awarded a straight two rosettes for culinary excellence.

It’s a far cry from the traditional seaside guest house image with which Cromer has long been associated and is a further indication that the town is firmly on the rise.

Published in News from Local Businesses
Read more...
Page 3 of 3