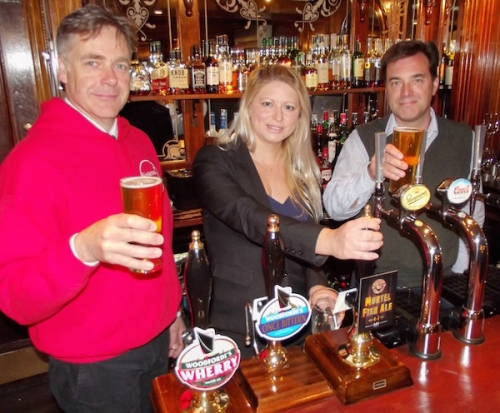 The Maids Head Hotel has launched Murtel Fish Ale, a new signature beer brewed by Woodforde’s, in time for the Norwich City of Ale festival, which runs from May 26 to June 5.

The beer takes its name from the Murtel Fish Tavern, the Maids Head’s predecessor, which was trading on Wensum Street, then known as Cook Rowe, from at least 1287. The change of name to the Maids Head was confirmed by John Paston in a letter dated 2 November 1482, in which he recommended the inn as a good place to stable your horse.

The Maids Head will be supporting Sistema in Norwich, during City of Ale, by donating 20p to the local music charity for every pint of Murtel Fish Ale sold.

Marcus Patteson, Programme Director for Sistema in Norwich said: “It is fantastic to get support from such a high profile Norwich business as the Maids Head. We are trying to get more local businesses involved with Sistema and I’d like to thank Christine Malcolm and her team for working with us.”

Paul Dickson, a City of Norwich Tourist Guide, is leading two historic pub tours during City of Ale on Tuesday, May 31 and Friday, June 3, starting at the Maids Head at 6pm and ending back at the hotel’s bar for a Murtel Fish Ale sampling session.

Find out where Ralph McTell had his first professional gig and where Monsieur du Pain entertained drinkers by dipping his feet in boiling lead, explore Alan Partridge’s favourite Norfolk bar, discover where Parson Woodforde used to drink and much more. Price for the tour, including beer sampling, is £4.50. To book a place t. 01603 272008, or email This email address is being protected from spambots. You need JavaScript enabled to view it..

Christine Malcolm, General Manager, Maids Head said: “We have had a long and successful relationship with Woodforde’s and are very proud to be serving Norfolk beer in our 16th century Maids Head Bar. Naming a beer Murtel Fish Ale celebrates more than 800 years of hospitality on this site. We are also very pleased to be supporting Sistema in Norwich and hope to have a busy City of Ale festival.”

Rupert Farquharson, Managing Director Woodforde’s said: “As well as brewing delicious local beer, part of our duty is to preserve and promote the rich heritage of Norfolk. The Maids Head as a venue is steeped in charm and history with a unique story to be told. We hope that Murtel Fish Ale helps to keep this heritage alive and captivate drinkers throughout City of Ale and beyond, whilst providing valuable funds for Sistema in Norwich.”

Murtel Fish Tavern – the inn is first mentioned in Norwich records in 1287/88. The landlord is named as John de Ingham. ‘Robert the fowler stole goods from the said innkeeper at Cook Rowe.’ Edward the Black Prince (eldest son of King Edward III) was entertained at the tavern in 1359 when he attended a joust.

Sistema in Norwich works to transform the lives of children and young people through participation in music. The charity involves them in learning to play a musical instrument and being part of an orchestra. Sistema in Norwich draws inspiration from El Sistema, the Venezuelan music programme that has more than 30 years experience, of how a music programme can both create great musicians and dramatically change the life of disadvantaged children. www.sistemanorwich.org.uk 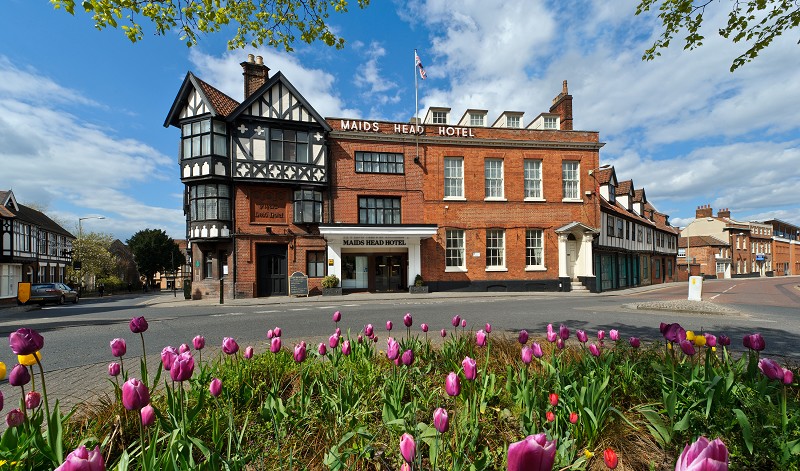 More in this category: « Spring will be ‘Well & Truly Sprung’ in Burnham Deepdale Italian Students Take Pancake Challenge at Maids Head Hotel »
back to top