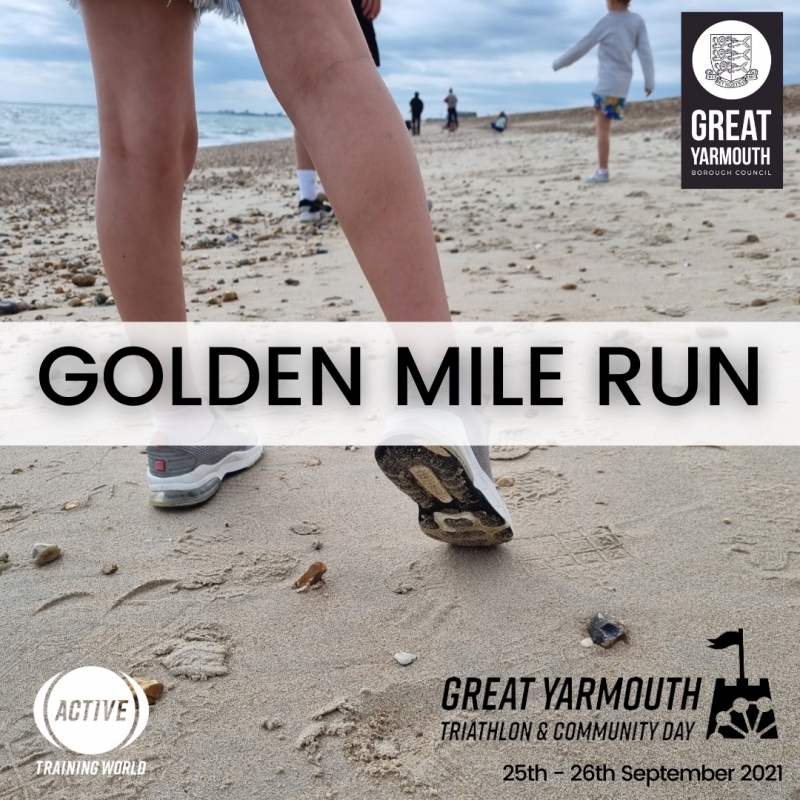 Great Yarmouth has been chosen by Active Training World, one of the largest endurance events companies in the UK, to host their end of season finale Triathlon.

Active Training World offers events most weekends of the year, ranging from running to duathlons, swimming, cycling-sportive and triathlons. Known for its friendly and community driven approach at events, the event organiser anticipates an exciting opportunity to branch out to Norfolk.

Cllr Carl Smith, leader of Great Yarmouth Borough Council, said: “This is a great event in which the entire family can get involved; whether that’s as a spectator, as a group in the family fun run or going solo in the triathlon.”

Race director, Matthew Dickinson, said “We are really looking forward to this exciting new event, offering the competitors the opportunity to complete their season in style, with such an iconic finish line.

“On Saturday September 25, Active Training World would like to invite local school pupils and their families to a great community day packed full of wonderful activities including the family fun run; the ‘Golden Mile’”.

The second half of the season finale will take place on Sunday September 26, which will be an action-packed day where participants can choose to partake in the sprint, standard or challenge distance triathlon.

All events will begin with a beach start and sea swim, before heading North along the seafront onto the bike leg of the race. The cycle will then take participants inland around the surrounding countryside before returning to the seafront for a multi-lap run leg on the promenade, ideal for the support of cheering spectators.

Entries for both events are available online, through Active Training World at: www.activetrainingworld.co.uk.