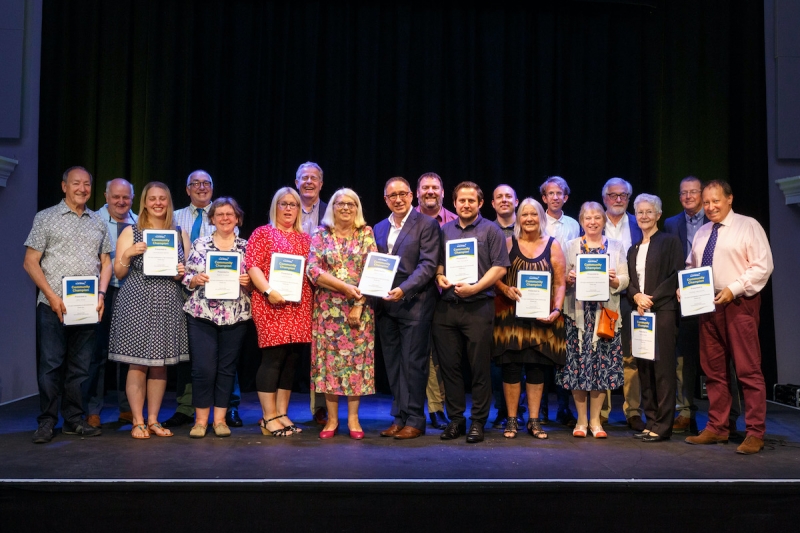 Fourteen awards were handed out to individuals who have gone above and beyond to improve the lives of local residents at the event which was held at the Corn Hall in Diss.

Councillor Florence Ellis said: “We wanted to say thank you to these remarkable people who have shown unbelievable kindness and compassion when it has mattered the most. The service they have provided to residents and continue to provide has made a huge difference to the lives of local people and we wanted to recognise and applaud that.”

Park Radio, the local radio station covering Diss, Eye and Harleston, received their award for the vital role they have played and continue to play across the community, notably during the pandemic.

Park Radio’s Station Manager Chris Moyse said: “It is wonderful that all the hard work of the team has been recognised - I will personally cherish this achievement for a very long time. It’s a real endorsement of what Park Radio is all about as we now embark on the next phase of the journey having just received Ofcom's approval to extend our licence for a further 5 years to 2027."